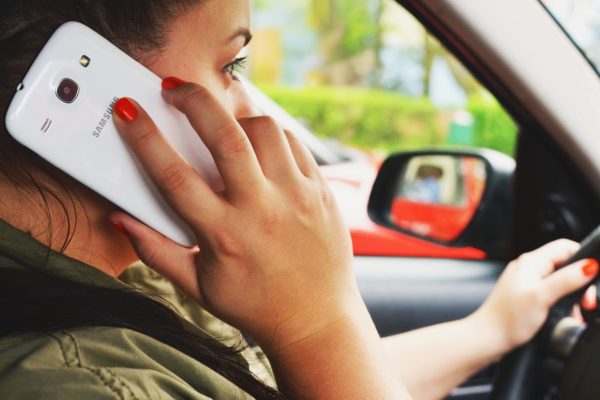 Even though we can’t see them, we are surrounded by electromagnetic fields (EMFs). Our computers, microwaves, cell phones, power lines, cell phone towers, fitness tracking devices, smart meters, televisions, routers, X-ray machines, and radios all emit them to varying degrees.

“Electromagnetic radiation is a form of energy that is all around us and takes many forms, such as radio waves, microwaves, X-rays, and gamma rays. Sunlight is also a form of EM energy, but visible light is only a small portion of the EM spectrum, which contains a broad range of electromagnetic wavelengths,” according to Live Science.

Because most of us have significant exposure to EMFs throughout the day, it is important to determine if they are safe. Some studies show a connection between certain types of cancer and EMF exposure in lab animals. Other studies show health threats including neuropsychiatric effects, cellular DNA damage, and endocrine changes.

Unfortunately, the telecommunications and electronics industries have a strong economic interest in minimizing consumer concern about this issue. Talking on your smartphone while driving? Not a good idea — for more than one reason. Photo: Breakingpic on Pexels

The good news is that there are relatively easy ways to reduce your exposure to EMFs. These approaches involve reducing both the exposure level and duration.

Wireless devices — including routers, printers, tablets, and laptops — all emit a Wi-Fi signal. Whenever possible, disable the Wi-Fi function on your devices. When using a computer, use an Ethernet cable for internet access instead of Wi-Fi and put the computer in airplane mode. To reduce your exposure to EMFs, turn on the Wi-Fi function only when necessary.

Some devices — such as your wireless keyboard, headset, and mouse — function only when they are transmitting a wireless signal. Replace these devices with a wired version.

Keep EMF Sources at a Distance

If you have a Wi-Fi router in your home, locate it in a place that is some distance away from where people spend the most time. Avoid storing a cell phone in your pocket because these devices give out radiation even when you aren’t using them as a phone. If you use a microwave, do not stand in front of it when it is operating. Greater distance between you and the and the source significantly reduces exposure levels.

Use Your Smartphone Safely

Whenever possible, put your cell phone in airplane mode. Keep the device as far away from your body, especially when you are speaking on it. Avoid speaking on the phone in the car where the cell phone has to work extra hard to keep a decent signal, thus increasing EMF exposure. Use the speakerphone feature to avoid putting the phone up to your head. This is especially important for children who are more susceptible to cell phone radiation. When you replace your phone, look for a model with a lower Specific Absorption Rate (SAR) rating.

Because we spend a lot of time sleeping, this is an important time of day to protect yourself from electromagnetic radiation. If you have a Wi-Fi router, turn it off at night when it isn’t in use. Turn cell phones off or turn on airplane mode to reduce EMF exposure and save energy. Keep in mind that most cell phones will still work as an alarm clock in airplane mode. Remove all unnecessary wireless devices from the sleeping area or deactivate their Wi-Fi feature.

Editor’s note: This article was originally published on April 29, 2019.

The post 5 Tips to Safeguard Against Electromagnetic Radiation appeared first on Earth 911.