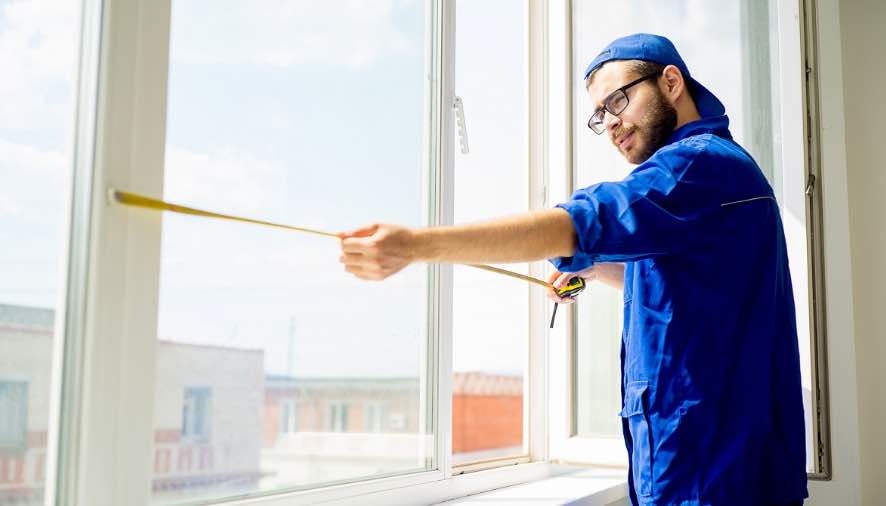 Windows provide light, warmth, ventilation, and views of the outdoors. Unfortunately, they can also reduce home energy efficiency and can be cumbersome to operate. Although window replacement is a popular home improvement, it is often not worth the upfront investment. Consider these six things before replacing your windows.

Installing all new vinyl windows on an average 2,400-square-foot home costs about $19,000, according to the Remodeling Impact Report from the National Association of Realtors. New windows do boost the resale value of the home, increase home comfort, and are likely easier to operate. Although there are many benefits to installing new windows, they do come at a steep upfront cost.

Some Old Windows Are Not Functional

There are several reasons to replace windows. One of the top reasons is the ease of use. Some old windows are difficult or even impossible to operate, making it hard to ventilate the home or to close the windows when needed. There are also safety concerns associated with some windows, especially in high-crime areas. It is crucial to take into account the functionality of the existing windows before deciding to replace them.

New Windows May Not Pay for Themselves in Energy Savings

There used to be a lot of myths circulating about how much energy people could save by installing new windows. Although the energy savings vary by location and the type of window, the cost savings from replacing old windows is relatively modest.

By installing new Energy Star qualified windows, you can save an estimated:

Considering the high cost of replacing windows, many households will not recoup their investment from energy savings.

Single-pane windows typically leak a lot more conditioned air than double-pane windows, especially if they don’t have storm windows on them. This is especially true in colder climates. So, you’re likely to realize energy savings more quickly when you upgrade from single-pane to energy-efficient double- or triple-pane windows. Also, keep in mind that energy costs vary by region. If a family is replacing single-pane windows in a cold climate with above-average energy costs, the upgrade is more worthwhile from a cost-savings and comfort standpoint.

There Are DIY Energy-Saving Projects for Windows

If you don’t replace your windows, there are other alternatives to increase their energy efficiency. Many of these options are inexpensive DIY projects. Apply caulk around windows to seal gaps and use storm windows during the heating season. Also, window inserts or covering your windows with plastic in the winter can reduce heating bills and drafts.

Insulating blinds, drapes, curtains, and shades can also cut both heating and cooling bills. In the winter, use these window treatments at night to keep warm air in. In the summer, blinds, shades, and curtains help keep the summer heat out.

Windows Are Difficult to Recycle

Unfortunately, windows are difficult to recycle. The glass is treated, and most recycling centers aren’t set up to recycle them. One of the greenest options is to reuse them. If they are in good condition, consider donating them to the Habitat for Humanity ReStore. Otherwise, consider using them in a DIY project, such as a four-season garden bed or greenhouse.

This article was originally published on April 2, 2019.

The post 6 Things to Consider Before Replacing Windows appeared first on Earth911.