A Promising Production Model for Bioplastics 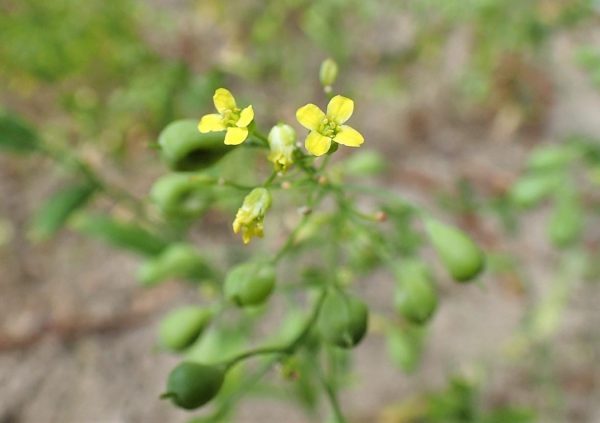 Once hailed as a miracle material, plastic has turned into a problem of global proportions.

Prized for its plasticity (hence the name), today plastic is used in or wrapped around almost everything. Despite serious environmental problems, that ubiquity makes it impossible to simply quit using plastic. In the search for an environmentally friendly alternative, bioplastics have shown a lot of promise. Now a company called Yield10 Bioscience is getting close to a cost-effective bioplastic production model.

The Problem With Plastic

Plastic is a petroleum product, which means that it relies on a finite, nonrenewable, and polluting resource. The extraction of oil and the industrial chemical processes required to convert oil to plastic are energy-intensive, producing significant carbon emissions.

Plastic is also hard to recycle, especially since China closed its borders to Western countries’ contaminated waste. Energy-generating incinerators with emissions scrubbers can capture most of the toxins released when plastic burns, but still emit a lot of carbon.

Although it isn’t biodegradable, plastic breaks down into tiny pieces. Those microplastics have become ubiquitous in the air, water, and even human bodies. The long-term health effects on humans remain unknown, but the impact of more than 8 million annual metric tons of ocean plastic can already be seen.

For more than a decade, bioplastics, which can be completely biodegradable, have been a promising alternative to plastic – particularly PET used for the ubiquitous plastic bottles that contain water and soda.

Many companies have experimented with bioplastic packaging. So far, the most common bioplastic products are referred to “compostable plastic.” The most widely used type of bioplastic is polylactic acid (PLA), which is typically made from plant starch. It breaks down in a commercial, hot-composting facility. But doesn’t break down very well in the environment or backyard compost bins.

The other main type of bioplastic is made from polyhydroxyalkanoates (PHAs). PHAs are an energy-storing group of long-chain polyesters produced in nature by microorganisms, plants, and even, in minute quantities, as 3HB in humans. Because PHAs are so widespread in nature, they are both biocompatible and biodegradable.

“Unfortunately, when you produce those products using fermentation technology, growing large vats of bacteria to produce them, it turns out to be very expensive,” says Oliver Peoples, CEO of Yield10 Bioscience, an agricultural bioscience company.

“In 1989, I was the first person to isolate the gene that coded for the biosynthetic machinery for making these polymers. Only recently, in July 2019, did we file a new patent application on what we think is a really exciting way to actually enable the production of these materials,” says Peoples.

Using advanced technology, Yield10 is working to produce PHAs agriculturally instead of industrially.

The Gene Ranking Artificial Intelligence Network (GRAIN) is a gene discovery platform. GRAIN mines existing data sets from quantitative molecular genetics research. Based on the outcomes of past genetic manipulations, GRAIN identifies target genes that affect the production of oil, PHAs, and protein. When a target gene is identified, it can be spliced into another species using genome editing technology. The genetically modified bacteria or plants are then grown and tested for the desired result. Camelina (false flax) has a number of characteristics that make it equally well-suited to commercial agriculture and to genetic manipulation. Camelina is a cover crop used in animal feed.

Like canola or safflower, Camelina seeds produce vegetable oil. Camelina also produces PHAs naturally. But it does so in small quantities and the chemical chains it produces are too short to be useful. Yield10 identified microbial genes that prolifically produce the most useful PHAs and inserted those genes into Camelina.

“Part of the beauty of what we are doing is that we can provide all that functionality in these PHA biomaterials. We can do it very cost-effectively using the oilseed production platform. So what we’ve done is we’ve genetically engineered the Camelina seed so it doesn’t just produce vegetable oil and protein. It produces vegetable oil, protein, and PHA material. And then you get three products out of the seed instead of two,” says Peoples. “Farmers can generate additional revenue using cover crops to make products like PHA biomaterials for new markets.”

Yield10 is currently field-testing the seed and oil yield of genetically modified Camelina. “The risks from the product itself are pretty minimal,” says Peoples. “You know, 3HB is a natural part of human metabolism, it’s the ketone body. Even if you were to eat a [bio]plastic container, it’s going to basically pass through you.” He says it’s even being evaluated for anti-inflammatory properties. Yield10’s PHA plastics have already received FDA approval for food contact uses and for medical uses such as resorbable surgical meshes, as well as EPA approval for large scale manufacturing.

Yet consumers remain leery of genetically modified organisms (GMOs). While there isn’t much scientific evidence of health risks from GMO foods, there have been environmental impacts. Roundup-Ready crops are among the factors affecting monarch butterfly populations. And they’ve led to the rise of glyphosate-resistant weeds, much like the overuse of antibiotics led to “superbugs.”

As far as the environmental effects of PHA-producing Camelina, Peoples is confident.

“It’s not like developing a new pesticide or a chemical that nature hasn’t seen before, like Teflon or something. Basically, nature produces and uses these materials as an energy source, so all these systems are in place for these things to naturally go away. We’re harnessing nature and repurposing it. There’s always the unknown. But the chances of this causing some kind of long-term harm are very low.”

Right now, PHA plastics are 3-5 times more expensive than petroleum-based plastics. Further improving the productivity levels of the new varieties – ideally equal thirds of oil, PHAs, and protein – will make them cost-competitive. Next, Yield10 will begin developing commercial production partnerships. There will also be feed studies to evaluate the potential for PHAs to replace antibiotics and increase feed conversion efficiency.

Bioplastic pellets could be used as biodegradable water filters as early as 2024. And with more processing, the PHA-based plastic can be used for disposable dishes, flatware, and cafeteria trays a couple of years later.

“Over time I could see it producing 20-30 billion pounds of material to replace plastic, which is actually a reasonable amount when you look at the percentage that goes into packaging and foodservice.”

The post A Promising Production Model for Bioplastics appeared first on Earth 911.