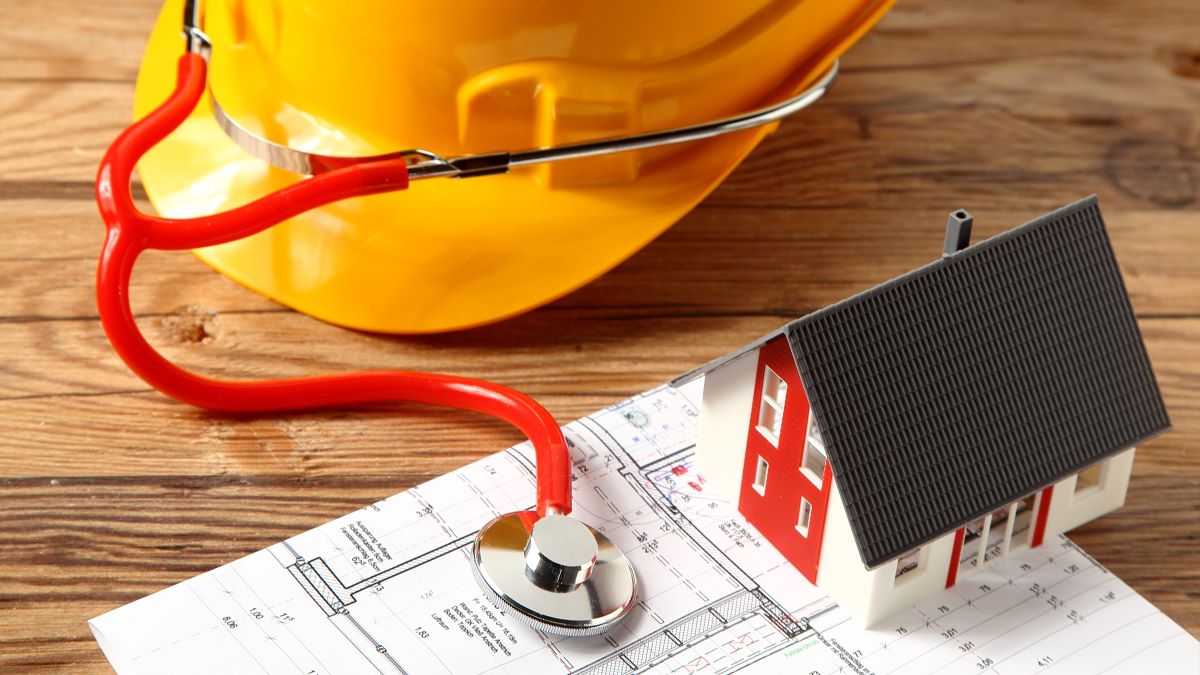 The Red List is a list of “worst in class” materials, chemicals, and elements that the green building industry tries to avoid. Even if you are not a construction professional, knowing about these materials and which products are made from them can help you make your home and your home improvement projects safer and more sustainable.

The Red List is generated by the International Living Future Institute as a part of the Living Building Challenge, a certification system that requires buildings to achieve net positivity for energy, water, and waste.

Updated annually, the LBC Red List encourages builders to avoid the worst materials and chemicals used in construction. Eliminating all of them completely from home construction may not be possible at this time. But the list provides a target for improvement.

For homeowners, the list can inform remodeling projects and help guide you to safer household products. Learn more with this simplified version of the Red List.

Asbestos is a mineral that has been used in thousands of products, especially from the 1930s to the 1970s, most famously in popcorn ceilings. The U.S. banned asbestos in 1991, but the ban was overturned and it can still be found in products from insulation to vinyl tiles.

The tiny fibers of asbestos can easily be inhaled and cause mesothelioma and other diseases. Protective equipment is required when working around asbestos. It should be disposed of as hazardous waste.

Cadmium is a heavy metal associated with flu-like symptoms from acute exposure and cancer, kidney, bone, and lung disease from chronic exposure. In spite of this, cadmium can be found in cookware, home electronics, and of course batteries. Cadmium is also used in pigments that can lead to exposure through chipping paint or paint dust created during construction.

Chlorinated polyethylene (CPE) is an inexpensive variation of polyethylene plastic, but with a chlorine content of roughly one-third. Like regular polyethylene, it is versatile, used for wire and cable jacketing, roofing, hoses and tubing, and more.

Chlorosulfonated polyethylene (CSPE) is the base polymer for synthetic rubbers. Sold under the brand name Hypalon it was commonly used for the insulation of wire and cable jacketing. It was discontinued in 2009 due to production safety issues, lead content, and the highly toxic fumes it releases when burned.

CPE and CSPE are persistent organic pollutant source materials and contribute to the creation of dioxins and furans at different points in their life cycle.

Although CFCs were banned in 1987, the hydrochlorofluorocarbons (HCFCs) and hydrofluorocarbons (HFCs) that replaced them are still in use in aerosols, refrigerators, and air conditioners. HFCs are not as bad for the ozone layer as CFCs, but both long-lived groups of chemicals are still powerful greenhouse gases. Some countries have agreed to phase out HFCs.

Chloroprene is used to make neoprene, the material best known for its use in wetsuits and fishing waders, but it’s also used to waterproof roofing and to seal windows. While neoprene is chemically inert, chloroprene is a carcinogen that can be inhaled and can enter the body through the skin. It is a persistent organic pollutant source material that contributes to the creation of dioxins and furans at different points in its life cycle, such as its manufacture in Louisiana’s cancer alley.

Formaldehyde is a VOC and known human carcinogen associated with nasal cancers and leukemia. It also acts as an asthma trigger and skin irritant. It can be found in insulation and manufactured building products like composite countertops, particleboard, and laminates. It’s also in household products like mattresses and upholstery, as well as glues, paints, caulks, and more.

Halogenated fire retardants (HFRs) are persistent, bioaccumulative toxins with adverse effects on neurological development and reproduction. They can cause thyroid hormone disruption and possible liver toxicity. When burnt, they release dioxins and furans.

They can be found in insulation, foam, electronics, and upholstery — including in children’s car seats. While certain HFRs are banned, in some cases, they may be necessary to meet legal fire safety standards.

In the past, lead was added to gasoline and to paint, which can still be present in older homes. Homes built before 1986 are more likely to have lead pipes, fixtures, and solder, which can enter drinking water.

A toxic heavy metal, lead exposure damages every organ and system in the human body, especially the brain and central nervous system. Impacts are most profound for the young.

Yet another highly toxic heavy metal, mercury is a bioaccumulative substance that harms the nervous, digestive, and immune systems, and can even cause death at frighteningly low levels of exposure.

Mercury can still be found in household items from lightbulbs to thermostats that must be disposed of carefully to avoid spills.

Phthalates are nearly ubiquitous in the U.S. population, with the highest concentrations in children aged 6-11 and in women. The National Research Council has urged the EPA to pursue a “cumulative risk assessment” of these chemicals, which have carcinogenic and hormone-disrupting potential.

In construction, phthalates are primarily used to make PVC or vinyl more flexible, pliant, and durable for use in roofing, adhesives and sealants, flooring, and wall coverings.

Vinyl chloride, a building block of PVC and other chlorinated polymers, is a known human carcinogen. PVC is a persistent organic pollutant source material that often contains other Red List ingredients such as heavy metals and phthalates. Its manufacture and disposal can result in the production of bioaccumulative dioxins.

Best known as a material for siding, PVC is the most-used plastic for building products. It can be found in pipes and fittings, flooring, window and door profiles, and roof membranes.

The traits that make conventional wood treatments effective against rot and insect damage also make them toxic. Studies associate creosote exposure with certain cancers in humans, and liver, kidney, and gestational problems in laboratory animals. Inorganic arsenic is not only an acute toxin; it is a known human carcinogen.

Studies link pentachlorophenol to liver and immune system damage in humans, and reproductive and thyroid damage in laboratory animals. Treated lumber is used most often in outdoor projects, but can be used wherever wood could get wet, such as when posts are buried in the ground.