Can Climate Change be Made Simple Enough to Solve? * 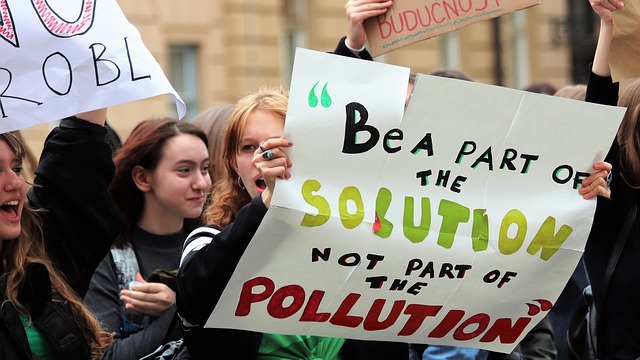 Why People Worry More About Plastic Waste Than the Climate?

I’ve written in the past about our fascination with plastic waste in our oceans and how it affects our feelings about other issues. I was perplexed about this until I came across supporting data published by Suzanne Shelton, a well known business sustainability marketing expert.   Suzanne’s firm has helped many major companies shape their sustainability agenda looking toward the future.

Shelton has shared her firm’s research showing that Americans are more concerned about plastic waste than about climate change.  Originally published in March, the research was based on a survey of 1,013 Americans.

Survey respondents were first asked which environmental issues they’d been hearing about the most in the news, social media, family and friends.  Plastics and climate change roughly were tied.  57 percent of respondents said they were aware of the problem of plastics in the ocean, while 59 percent said were aware of climate change.

Shelton’s research offered respondents a list of 10 environmental issues to choose from.  Respondents chose their priorities as follows.  65 percent of Americans say they are concerned/very concerned about plastics in our environment.  While only 58 percent for chose climate change as their priority.

What does this mean?  Even though the plastic waste problem seems to have hit critical levels how could it be more concerning than stabilizing the climate?  Is this because we can see the debris choking rivers and other waterways?  Are we more aware of this plastic waste problem because we see images on our social media?  Is it because it’s easier for us to grasp the scope of the problem?

You Need to Know Why Solution Aversion Matters

While researching this dilemma, I found a  n my quest to understand this state of affairs, I stumbled upon a 2014 study conducted by Duke University.  Duke’s study t explored why people looking at the same scientific information about climate change could come to wildly different conclusions about the problem.  Presented with the very same data, one group accepted it.  Meanwhile the other group denied it, or at least strenuously questioned it.

The Duke researchers proposed that a “solution aversion model” existed to explain why people are often so divided over scientific evidence.  And coincidentally why this divide often occurs across political party lines.

This makes it understandable.   If someone can’t get their brain, let alone their heart, wrapped around solving climate change, how can it be seen as anything except an impossible task for many to embrace.

Is the Best Strategy Really All of the Above?

The reasoning behind Duke’s study considers how complex proposed climate solutions are.  Many claim that reducing or stopping the worst impacts of the climate crisis need to involve an all-of-the-above approach.

Their solutions involve embracing and scaling renewable energy and other clean technologies.  Changing our diets in significant ways.  Making revolutionary changes in our land use, agriculture, transportation, manufacturing, finance, buildings, food systems, infrastructure and pretty much everything else we buy and do.  Plus, all of the policy decisions and market mechanisms these changes will require.

That is, it’s really not so simple to achieve.  Far from it.  Beginning, some want to focus on banning plastic straws and shopping bags, two relatively simple actions to end plastic waste.  These steps have gained public and political support.  They seem to be in sync with consumers’ willingness to make behavioral changes to help protect our Mother Earth.

How can we ever acknowledge all that needs to be done?  What are the changes that we need to make?  Can we fully grasp the scope of the climate challenge presented to us?  Are we ready to commit to solving our climate challenge?

What This Means For Many is Embracing Solution Aversion

A common problem governments face is water conservation and management.  Most felt this problem could be solved by mandating low flow faucets, shower heads and toilets.  The goal was to reduce wasting precious water.  My city chose a more direct approach and I feel better approach to real water conservation.

The reclaimed water is used for lawn and landscape irrigation and other non-drinking uses.  Since it’s inception, the APRICOT program has been copied by other cities around the globe.  APRICOT redirected water from the Wekiva River for residents to use.  This diversion allowed the direct recharging of the Florida aquifer rather than continuing to have the water flow down the Wekiva to the St. John’s and out into the Atlantic.

The APRICOT project was the first of many eco-friendly initiatives that have helped Altamonte Springs evolve into a national and global leader in water conservation and reuse.

This is a perfect example of how “Solution Aversion” is not always a negative concept.  Low flow fixtures is not an awful approach to water conservation, however APRICOT presented a much more positive way to address the issue.

Too often the solutions presented for addressing climate change have been radical and costly.  Overwhelmingly what has been proposed are high pollution taxes, emissions restrictions, and more governmental regulation and interference in our daily lives.

Those are not the solutions that many people want to see.  For many people the worst words thy could possibly hear are, “we’re from the government and we’re here to help.”  Our environmental solution may or may not be to buy an electric vehicle, to install solar panels, or to switch to a plant.-based burger.  Those are all choices that each individual has to make their own decision about adopting.  I just know that I won’t be eating bugs….

Our actual opportunity to to make our climate solutions incremental and reasonable.  Most people want simple solutions to address our complex challenges.  And that is a realistic and viable approach.  Not just for addressing climate change.  This approach can be used to actually find real solutions for most of the issues we face.

What would your solutions look like that could serve as an onramp for the uncommitted?

Simple Solutions for Individuals Tend to be Small in Nature

When discussing Climate Change with many individuals, they are more accepting of simple solutions.  By their very nature those solutions will be small in nature.  Common sense solutions that are necessary but insufficient on their own to make dramatic changes.

Can Better Solutions Provide the On-Ramp for More Engagement

Can climate change be made simple enough to gain more engagement and support?  Will those presently on the sideline accept incremental and smaller changes as climate change solutions?

Those are open questions.  What solutions would possibly serve as an on-ramp for the uncommitted?  Could these solutions be made to seem not just important and practical, but acceptable?

Can these solutions be rationalized as no-regrets measures that would be worth the effort?  Even if in the immortal words of one prominent climate denier, climate change turned out to be the “greatest hoax” ever perpetuated?

I wish I had all the answers.  But nobody does.  If the solutions we need are here, they’re difficult to find.  It will take a huge effort to bring forth the compromise solutions that will be accepted, and implemented.  The solutions presently on the table have too many problems for them to gain full acceptance from a majority.

What will it take to transform this issue and make societal solutions to climate change simple, attainable and compelling enough to overcome solution aversion?  Is solution aversion one of those wicked problems that leads us to deny its existence?