Can We Innovate Our Way out of This Environmental Mess? * 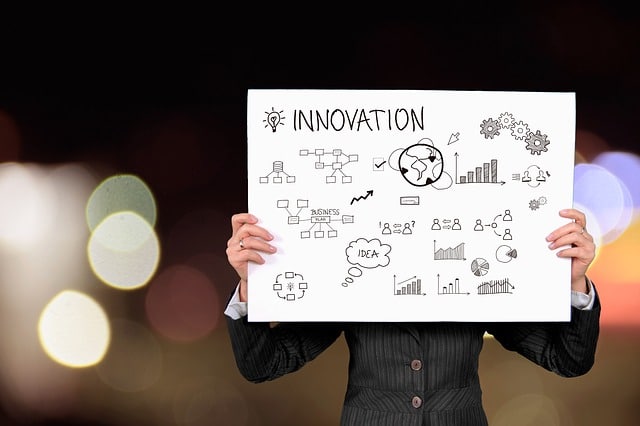 Can Innovation Solve Our Sustainability Problems?

“Innovation” is a much-used buzzword in business, and even more so then it comes to sustainability. Online sources are full of articles and reports on sustainability and innovation.  Sometimes this is done awkwardly converging into “sustainable innovation”.

Supporting the search for innovation there’s a Sustainable Innovation Forum at each COP climate conference.  Ultimately, everything about sustainability innovation gets lumped into a single-word meme: #Innovation.

The Question Demands an Answer, Can Innovation Save Us?

We all need to understand, this like many problems does not have a simple yes or no answer.  Innovation isn’t inherently good or bad, it’s what you do with it.  Used properly, a hammer can build homes.  Used as a weapon hammers kill more people than guns do each year.  Depending on how it’s deployed, technology can be our redemption or our ruin.

Is Technology Our Redemption or Our Ruin?

“Depending on how it’s deployed, technology can be our redemption or our ruin.”

Many of Our Innovations Cut Both Ways

Mobile phones help us in our daily lives and seem indispensable.  Just ask my 9 year-old grand-daughter who got a phone for Christmas.  Her first week she averaged 7 hour/day of screen time.  Hopefully that slacks off now that she’s back in classes.

Computers and information technology have transformed societies and made information universally available.  However the paperless flow of information we were promised still provides mountains of waste containing materials that are valuable, toxic or both.

Innovations in agriculture could enable us to feed up to 10 billion people in the coming decades.  The downside is this can degrade soil and pollute water or even trap small farmers in cycles of debt.

Vehicle-sharing services can provide easily accessed mobility and save energy or they can widen the equity gap between the rich and poor.  It all depends on how we use technology.

Innovation is Not Just About Technology, of Course

Innovation can be about new products, services, processes, materials and business models.  Some innovations are decidedly low-tech.  Drip irrigation, for example, or passive solar buildings employ innovative tech. There is clear business and delivery innovation with the re-emergence of reusable packaging and products as one such development.

Over three decades I’ve watched the sustainable business unfold and morph into what we now call the clean economy.  We’ve unlimited opportunity for innovations to solve our greatest challenges.  It’s important how innovation is spurs energy and resource conservation, climate adaptation and mitigation, healthier buildings and materials, and widespread access to affordable food, renewable energy, clean water and other things.

We Produce Lots of Carbon Dioxide and Ideas

I tend to side with the optimists, however I am always aware of technologies downsides.  Climate change poses the biggest opportunities from an innovation perspective.  In a recent column, Tim Harford, economics writer for the Financial Times stated that:

“The modern world produces two things in abundance: carbon dioxide and ideas.  Both swirl around, defying our attempts at control.  We’d like more ideas but already have more than enough carbon dioxide. The future of humankind may depend on a strange race: can we keep living standards rising yet restrain consumption of resources and production of pollutants?”

Innovation has a Place

“There is a time, place and appropriateness for innovation of all types.”

Our perspective has become more nuanced over the years.  Technology and innovation can unlock a wide range of efficiencies.  But there is a time, place and appropriateness for innovation of all types.

“Appropriate Technology” Used to be the Meme

Appropriate technology was the underlying philosophy of the Whole Earth Catalog which celebrated its 50th anniversary in 2018.  The unofficial manifesto of the second half of the 20th Century, “Small Is Beautiful,” awas a call to action which called for the end of excessive consumption.  It  challenged the 20th century’s intoxication with “bigger is better.”  Small, in this case, meant local, handmade, human-centric.  It’s emphasis was on people over profits.

The energy crisis of the 1970’s helped expand the appropriate technology movement.  This caused a growing understanding that companies needed to consider social, environmental and economic conditions when making decisions.  A decade later, John Elkington would coin the phrase “triple bottom line” that essentially summed up this approach.

Today we rarely talk about what’s “appropriate,” but the sentiment behind the term has only grown more prevalent.  The conversation has morphed into phrases about “sustainable development” and “design for the other 90 percent.”  The underlying goal remains largely unchanged.

Appropriate technology was meant to address four problems: extreme poverty; starvation; unemployment; and urban migration.  That all sounds an awful lot like some of the Sustainable Development Goals.

Today, What’s “Appropriate” is all About Helping People

Using technology and innovations can actually improve lives and livelihoods around the world.  This is especially true for those lower down on the economic ladder, even for those living at subsistence level.  It’s no longer innovation for innovation’s sake.  What good are our best ideas and most sophisticated know-how if they can’t raise the well-being for everyone on the planet?

These questions deserve being explored and solutions found.  Conferences won’t necessarily answer them definitively.  However there’s power in convening a diverse community and creating the conditions for such questions to be thoughtfully considered.