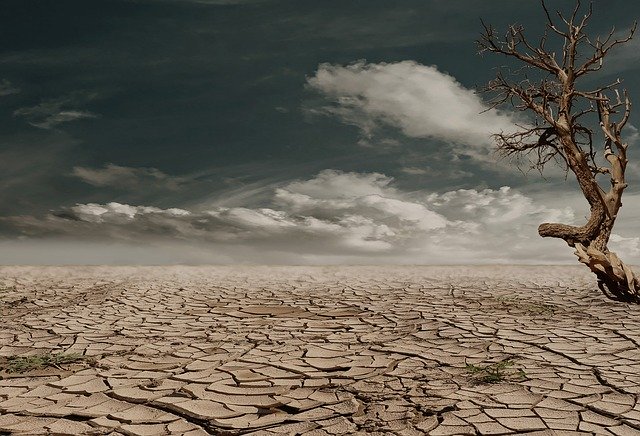 The United Nations designates days of observance as educational tools to raise awareness of global issues, and if there’s one issue that needs more attention, it’s desertification. You can be forgiven if the word “desertification” brings to mind sweet treats; despite the risk that desertification will displace 50 million people in the next decade, most of us are unfamiliar with the term and unaware of the problem.

Unfortunately, it has nothing to do with dessert. The encroachment of sand dunes on inhabited land, and the expansion of deserts due to anthropogenic climate change are part of it. But desertification is broader than expanding deserts. Desertification is the long-term degradation of dryland ecosystems by human activities, whether indirectly through climate change or directly through bad land management or simple overuse. It can be a result of unsustainable farming practices that deplete soil; mining; overgrazing, where hooves and grass removal cause topsoil erosion; and clear-cutting.

Humans are remarkably adaptable and have managed to live comfortably in any number of inhospitable climates, including deserts. Modern technology and chemically augmented agriculture have even managed to turn dry land productive. So the problem with vegetation removal and erosion in dry climates may not be immediately obvious. But the long-term results are disastrous. In the past, entire civilizations have collapsed due to the combined effects of dry climate and soil erosion.

Human activity has already altered more than 70 percent of natural ecosystems worldwide. More than 2 billion hectares (nearly 5 billion acres) of previously productive land are now categorized as degraded. The wet equatorial region is contracting in a phenomenon called the tropic squeeze. Meanwhile, the north and south subtropical dry zones that form the edges of the tropics are growing, bringing ever-drier weather to places as far from the equator as the Mediterranean.

A recent study has found that one-third of the world’s population currently lives in areas predicted to reach Sahara-like heat conditions within 50 years. Since 2008, an average of 24 million people have been displaced by catastrophic weather disasters each year. Desertification threatens to increase that number dramatically, and was identified as a threat to global stability as early as 2007.

For 2020, which wraps up a 10-year “Decade for Deserts” campaign, the theme is “Food. Feed. Fiber.”  The goal is to draw attention to the impacts of growing food for human consumption, growing feed for the animals we eat, and growing fibers for the manufacture of clothing. The online global observance events, hosted by Korea, are still available.

What You Can Do

Thanks to a global economy, no matter where you live, your actions have an impact on desertification.

In addition to their contribution to climate change, agricultural practices in dry climates related to food and fiber production for global consumers contribute significantly to the problem. To feed a growing population, food production will require an additional 300 million hectares (roughly 740,000,000 million acres) of land by 2030. However, this number could shrink if food systems become more efficient. And the American diet has a particularly large footprint. This is largely due to Americans’ dependence on meat. The production of meat has a tremendous environmental impact; it degrades land both through grazing and the agricultural production of animal feed.

Clothing and footwear production causes 8 percent of global greenhouse gas emissions. That number will rise almost 50 percent by 2030 unless current consumption patterns change. This is another area where Americans can dramatically reduce their impact.

And because climate change is hastening desertification world-wide, any steps you take to reduce your carbon footprint are steps to protect fragile dryland ecosystems.