Easy Carbon Sequestration You Can Do Yourself P 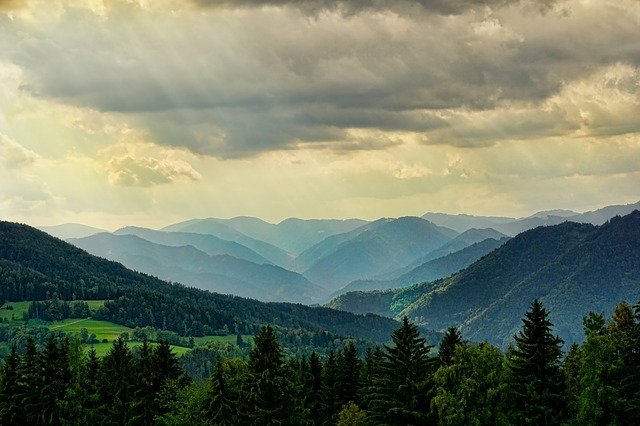 As any sci-fi fan can tell you, human survival depends upon an Earth-like atmosphere that’s 78% nitrogen, 21% oxygen, 0.9% argon, and 0.03% carbon dioxide with traces of other elements. There is some wiggle room in the tiny percentage of carbon in the air.

There were 200 parts per million (ppm) carbon dioxide (CO2) in the atmosphere during the ice ages — times that were admittedly not ideal for human comfort. During milder eras, CO2 levels were closer to 280 ppm. But the current level of 407.4 ppm is the highest concentration of atmospheric CO2 in 3 million years. For the record, that was 2.8 million years before the first homo sapiens.

Numbers like that make Earth sound like a good candidate for terraforming. At the very least, reducing our carbon emissions is no longer enough; we need to remove the excess CO2 from Earth’s atmosphere.

Ideally, carbon sequestration would be a carbon-negative process — meaning that carbon dioxide would be actually removed from the atmosphere. However, most existing carbon capture technologies work to mitigate the release of carbon from burning fossil fuels at the source.

Carbon capture and storage (CSS) technologies (also known as geologic carbon sequestration) separate carbon dioxide from other gases produced at power plants and factories. The collected carbon is then shipped — often in a liquid form — to be stored underground, often in the same spaces from which the oil was originally extracted.

Biologic carbon sequestration, on the other hand, is the naturally occurring process that stores carbon in vegetation, soils, and water. Unlike geologic sequestration, which uses technology to remove carbon, this process uses the natural carbon cycle by which biomass (plants and microorganisms) absorb CO2. Although carbon is released when individual trees decay or are destroyed, there is a net reduction of carbon from the atmosphere as long as the total amount of biomass is increasing.

Certainly, reforestation for carbon sequestration needs to be done on a large scale — that’s the logic behind many carbon offset programs. Trees in a healthy forest capture more carbon than monocultures or individual urban trees.

But planting even one tree does capture carbon and it creates many other benefitsbesides.

The average hardwood tree is estimated to absorb about 48 pounds of carbon dioxideper year, for a lifetime value of roughly one ton of carbon dioxide. That’s still a tiny fraction of the average American production of 27 tons of CO2 each year. But combined with reducing emissions, tree-planting can make a difference.

If we managed the available land in the U.S. to maximize carbon sequestration, it could equal cutting the country’s emissions by 21%.

Planting trees doesn’t help if the trees fail to grow. Choose a tree species appropriate to your climate and to the specific site available.

Proper planting techniques can make the difference between a tree that dies within a couple of seasons, and one that lives to absorb a ton of carbon. When you plant trees in a disturbed environment like a suburban yard or an urban planting strip, long-term care is necessary. You need to water your trees for at least the first few years. Nonnative species may need water throughout their lifetime. (However, if you’ve selected an appropriate species for your site, it probably needs less pruning than you think.)

Even if you don’t have space to plant new trees, you can maintain the trees around you. Urban tree cover is decreasing in U.S. cities. In some rapidly developing areas, urban deforestation is severe: Atlanta has lost 90,000 trees since 2013 and Seattle — once nicknamed The Emerald City for its urban forest — is estimated to have only 6,000 mature trees left.

That number is a stark reminder that individuals’ landscaping choices do make a difference. Even if you don’t have room to plant new trees, you can help preserve trees. Instead of cutting a tree down, remember that trees are the view. Consider root barriers to protect building foundations, pruning to keep trees out of wires and off of rooftops, and living with leaf litter. Doing so could save you a ton (of carbon).

This article was originally posted on February 10, 2020.

The post Easy Carbon Sequestration You Can Do Yourself appeared first on Earth911.