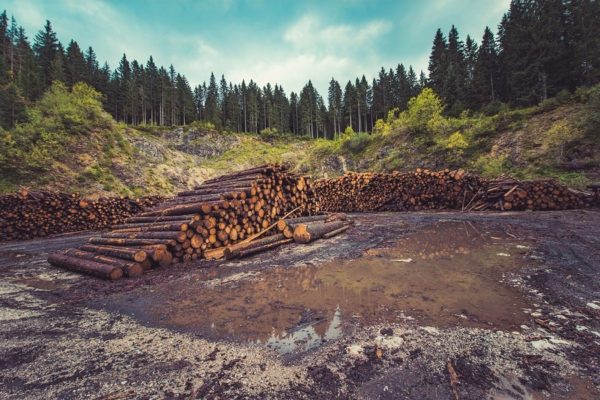 Thinking about year-end donations to nonprofits focused on issues related to climate change? A lot of organizations are working in this area and evaluating them is tough. How do you measure carbon not produced? Which nonprofits should you support?

From pillars of the environmental movement to innovative, emerging charities, we’ve found five respected nonprofits that are doing good work to stop climate change. These are just a few of many, so tell us about your favorite climate-clobbering nonprofit in the comments below or on the forum.

Founded by author Bill McKibben, 350 is probably the most famous climate change-focused organization. 350’s decentralized groups use online campaigns, grassroots organizing, and mass public actions to oppose new coal, oil, and gas projects; take money out of the companies that are heating up the planet; and build 100 percent clean energy solutions that work for all.

350’s network extends to 188 countries. Use 350.org’s interactive map to find campaigns, projects, and local groups where you can help.

The Environmental Defense Fund has a history of innovative approaches to environmental issues. They began by pioneering litigation on behalf of the environment to fight DDT in the 1960s. In the 1970s, they began working with economists to develop market-based environmental solutions, and in the 1990s, they took the fraught step of developing corporate sponsorships.

Like many major environmental organizations, EDF’s mission is broad and interdisciplinary. Their climate work includes support for clean energy, reducing the impacts of natural gas, promoting sustainable land use over deforestation, and working with the Chinese government to develop market-based emissions reductions. With their famous tagline, “Because the earth needs a good lawyer,” Earthjustice is the biggest nonprofit environmental law organization in the United States, holding big offenders accountable through litigation based on environmental law — including 115 lawsuits against the Trump administration.

Earthjustice fights on many fronts, but climate protection is part of its mission statement. Recent wins include stopping discriminatory fees for solar power users in Arizona. Nowhere is the danger of misunderstanding and ignoring solid science more evident than the way the U.S. has responded to climate change. The Union of Concerned Scientists was founded at MIT to share information, seek the truth, and enable scientific findings to guide public policy and actions.

UCS has helped improve fuel efficiency standards, advocated for renewable energy, protected rainforests, and fought tirelessly against anti-science government policies. As a long-time watchdog of the nuclear industry, UCS recently surprised environmentalists when it changed its guidance about nuclear power’s role in lowering carbon emissions. After many years opposing increased reliance on nuclear power, UCS now suggests nuclear is a reasonable part of the climate solution. The Union of Concerned Scientists was founded to share information, seek the truth, and enable scientific findings to guide public policy and actions. Image: Adobe Stock

Too new to be reviewed by Charity Navigator, The Solutions Project is working to convert the United States to 100 percent renewable energy by 2050 based on a 50-state transition plan developed by Stanford University researchers.

The Solutions Project invests in community-based organizations and leaders who are removing barriers (political, financial, cultural) to affordable clean energy through grant programs ranging from $500 to $60,000. They focus on equity and serving those who are most impacted by climate change. The Solutions Project invests in community-based organizations and leaders who are removing barriers to affordable clean energy. Image: skeeze, Pixabay