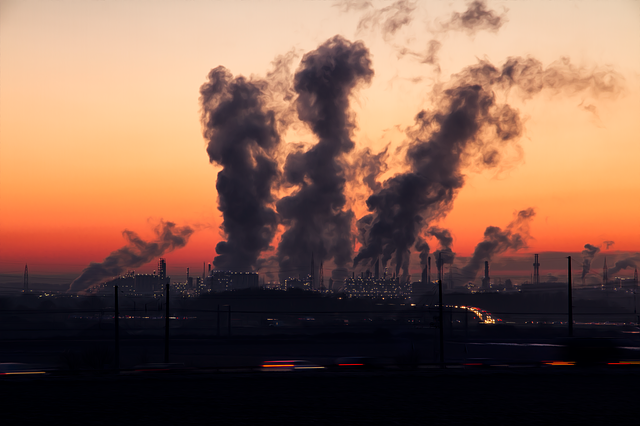 Tune into the Earth911 Reader every Saturday for the week’s useful climate science, sustainability, and recycling articles from around the Web. We read so that you can read more efficiently. This week, we look at 2020’s track to becoming one of the three hottest years on record, the impact of lockdowns on human use of the Earth’s resources, and a variety of recycling and sustainability news stories that give us hope.

Thank you for responding to our survey last week! Based on your feedback, we will be publishing the Earth911 Reader once a week while continuing to deliver our twice-weekly recycling and sustainability tips newsletter on Tuesdays and Friday.

State of the Climate

2020 On Track for Hottest Three Years, Maybe Hottest Ever

Scientific American reports that the first seven months of this year represent the second-warmest year in recorded human history, slightly behind 2016. Gavin Schmidt, director of NASA’s Goddard Institute for Space Studies, puts the chances that 2020 will eclipse 2016 as the hottest year at 70%. In Phoenix, July was the hottest on record, with 16 nights that stayed above 90 degrees — something that has never happened before, the Washington Post reports.

President Trump’s USMCA-defying decision to impose a 10% tariff on Canadian aluminum will hurt the climate as well as make cans, planes, and automobiles more expensive. A single U.S. aluminum maker, Century Aluminum, which uses mostly coal-sourced electricity to makes the metal appears to be the sole beneficiary of Trump’s tariff, which was a response to a short-term COVID-related supply imbalance. TreeHugger writes: “When it comes right down to it, the tariff encourages the production and use of aluminum with between 3 and 5 times the carbon footprint of aluminum that is imported from Canada.”

The Pandemic has lowered human activity and emissions enough to push the day on which humanity overshoots the Earth’s annual available resources — its biocapacity — by three weeks. Inhabitat reports that this year’s overshoot day will fall on August 22. In 2019, we exhausted the Earth’s natural resources and started extracting and emitting future resources on July 29. That is a 9.3% reduction in humanity’s ecological footprint. Mass adoption of sustainable habits will make a difference!

Extreme weather will stress human physiology. It has been shown reduce sparrow’s ability to store energy in a recent study by the Advanced Facility for Avian Research. “The study showed that white-throated sparrows exposed to one storm a week increased their bodies’ energy stores as a survival mechanism; and two storms per week depleted the songbirds’ ability to add to, or draw upon, their energy reserves,” Phys.org reports. In a separate report, Durham University, U.K. reports that Europe’s migratory bird population is declining due to climate change and the loss of breeding grounds. Here are the sad numbers: “the Turtle Dove has declined by 95% between 1992-2017, and the Nightingale has declined by 56% between 1995—2018.”

EcoWatch reports that the University of Queensland, Australia, conducted a sampling of commercially purchased seafood to detect five different kinds of plastic. They found trace contamination in every sample tested, with sardines showing the highest level of microplastic. That translates into an average serving of 0.7mg of plastic per serving of oysters and 30mg of plastic per serving of sardines. “We can now define what microplastic levels can be considered harmful to human health,” the lead researcher said in a press release.

Drought prediction isn’t getting any easier, a study by USC’s Dornsife College of Letters, Arts and Sciences. It found that the El Niño-La Niña in the Pacific Ocean are not reliable indicators of drought in the Americas, as previously thought. After studying historical weather data, the researchers told Physicians.org, “La Niña is part of the game, but not the biggest part.” As the U.S. Southwest get drier, the atmosphere will remain a “wildcard” that defies prediction based on current science.

Republic Services, the Phoenix-based waste management company that serves many communities in the U.S., will add at least 2,500 electric garbage and recycling trucks by 2023. Republic is collaborating with another Phoenix company, Nikola Corp. — a maker of electric trucks — to introduce the EV technology. It will be the first “large-scale” electrification project in the waste management industry, Recycling Today reports.

Solar Cell Recycling Gets The Lead Out

We’ve covered the challenges of recycling solar photovoltaic cells on Earth911 and note with interest a discovery reported by Recycling International. Dr. Soyeon Park of Sungkyunkwan University found a way to capture the lead used in perovskite used in solar panels. This removes a significant barrier to the widespread and safe recycling of photovoltaic cells. Dr. Park said the process will allow zero-lead recycling of solar panels.

In another interesting example of how changing human activity in response to the Pandemic can rapidly transform the recycling industry, a paper recycling plant will switch from printing and writing paper production to make cardboard packaging instead. Home delivery due to COVID-19 is rewriting consumer expectations. Domtar, a publicly-traded paper mill company will switch its Kingsport, Tenn. mill to recycling corrugated paper for boxes. Now, if only Amazon would find a way to collect and recycle its corrugated boxes. I took 40 lbs. of Amazon boxes to the transfer station recently.

Semi-transparent solar panels can be placed over farmland to generate electricity improving the nutrition level of crops, a University of Cambridge study recently reported, according to the Cornell Alliance for Science. While yields in tinted-solar farm installations were slightly lower, the crops were more efficient at producing protein. Another study we read this week suggests that desert plants can be harmed by traditional solar installations, reducing the environmental services provided by desert flora. Perhaps a tinted-solar approach could help prevent desert environmental services losses.

Greentechmedia reports that U.S. solar installations crashed during COVID. It could take years to recover to pre-Pandemic levels because of ongoing economic struggles. Based on an analysis by Wood Mackenzie and Station A, the study suggests that 3.5% of commercial buildings have solar panels while another 1% use local solar-generated power sources. By 2025, they project 8% of the total commercial market will have installed solar.

Triple Pundit reports that even in the midst of the Pandemic, environmental, social, and governance (ESG) investing is booming. During the second quarter of 2020, at the depth of the first lockdowns, ESG investments climbed by 72% to $71.1 billion. European investors accounted for 85% of the inflows and the U.S. 15%, so there is a vast reservoir of U.S. capital still waiting to jump into sustainable investing.

Sustainably Chic offers a useful list of natural shampoos and conditioners, including several that offer zero-waste options. Based on real use by the writer, Natalie, check out these green hair care options.

Recycled textiles suffer from a shortcoming, literally, Environmental Leader reports. When recycled, cotton and other natural fibers are shortened, weakening the fibers that can be made from it. Enter Clarus, a recycled fiber that is chemically bonded to make longer fibers. Ralph Lauren Corp. invested in the maker of Clarus recently and will use upcycled natural fibers in its clothes. Lauren is committed to using 100% sustainable cotton, including Clarus, in its products after languishing as a laggard in the clothing industry’s sustainability rankings. Let’s hope they stick to the journey.

The Grocery Infrastructure of the Future Can Be Circular

Fast Company presents an analysis of the evolution of the 100-year-old grocery shopping experience, which is changing in the wake of COVID-19. They distinguish between the transactional purchase of staples and well-established goods that we confidently buy over and over from the “experiential” choices based on direct interaction with, for example, avocados. But there are many new buying options every year, so experiential shopping will remain vibrant. The transactional will move to more efficient just-in-time delivery. Well worth a read.

Solar-for-coal swaps, a financial tool to encourage coal-based electric generation to move to solar alternatives are taking off, Energy Central reports. This approach provides a payment to coal-using utilities to switch to solar and can take other forms such as buying coal resources and even provide consumers with lower-priced solar options to help move the infrastructure away from coal-fired energy. In one case, New Mexico-based Kit Carson Cooperative paid $37 million to the local power supplier to drop out of its coal supply contracts to ease its transition to solar power. “There’s no reason the same framework can’t be applied to portfolios of clean energy resources including solar, wind, and storage,” writes Energy Central.

Following on the rollbacks of methane emissions regulations, the Trump Administration is taking aim at the Endangered Species Act. If you sign a petition this week, consider Oceana’s petition to the Fish and Wildlife Service and National Marine Fisheries Service demanding that they add the definition of a ”habitat” to the Endangered Species Act. It will protect, among other species, Southern sea otters, Southern resident orca, and Chinook salmon.