How the First Net-Zero Energy Communities in the U.S. Operate * 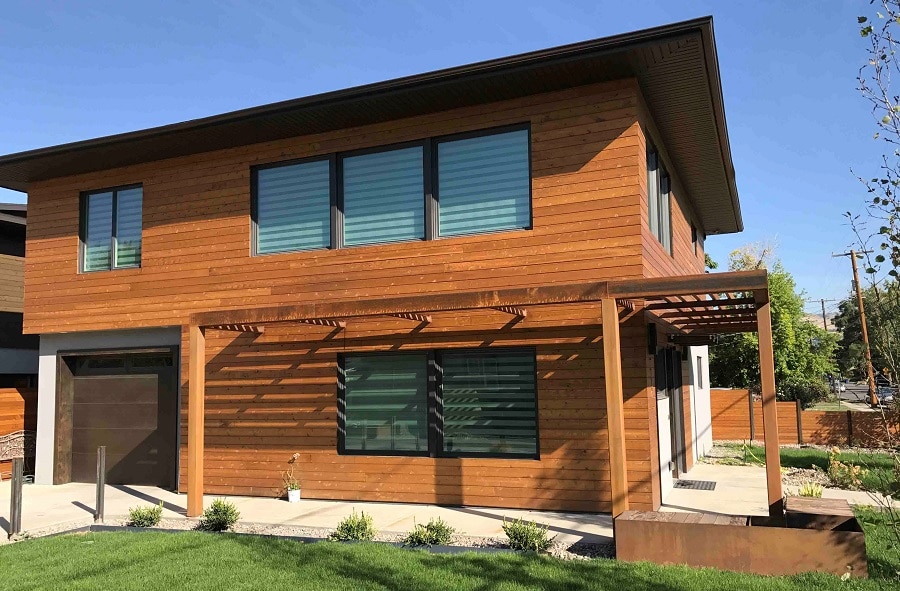 As with any brilliant innovation, net-zero energy communities were an idea first, and then came the hard work on making the idea a reality. Their goal was to operate without drawing any non-renewable energy from the local power grid.

Making a single building net-zero was doable, but what if an entire community could offset its energy consumption by using readily available green energy? That dream has become a reality. Dozens of net-zero communities are popping up across the U.S. and setting the stage for a nationwide shift to renewables.

What Are Net-Zero Energy Communities?

Simply put, these modern neighborhoods have net-zero energy consumption. They generate the same amount of renewable power as they consume on-site each year.

The Case for Net-Zero Communities

Generally, net-zero communities are much more efficient, affordable, and practical than isolated, individually owned buildings. On the surface, an office building or a single residential home may sound like an easier solution to meeting green energy standards because it’s easier to finance and build a standalone project. However, the larger most systems get the more efficient they are.

This is because communities can practice load sharing and manage energy as a system, across all the buildings. Additionally, constructing net-zero energy homes in one development saves more resources than undertaking several different energy-efficient projects. Building a bigger system to support communities will prove — and has already proven — more efficient than constructing many small homes for individual homeowners.

Powering Up With Solar

Wind, solar, and water are the most prominent leaders in clean energy, but only 6% of American homeowners have installed solar panels despite growing interest in, and the declining price of, solar panel technology. In contrast to the norm, net-zero communities almost exclusively rely on solar to power their homes.

Community members use solar power to generate the electricity that lights and heats their homes. Surplus electricity can be stored for nighttime use, or it can go back to the grid for energy credits.

Here are a few of the first net-zero communities to crop up in the U.S. and examples of how they’re using solar and energy-efficient buildings to redefine community living.

Living Zenith is Utah’s first net-zero community and was completed only a few years ago. The neighborhood consists of five homes that were built on 14-inch foam foundations with high-quality insulation. Their passive house design greatly reduces air leaks so that very little energy is required to heat and cool the home. Plus, all homes have photovoltaic solar systems and energy-efficient appliances to reduce overall energy consumption.

The solar energy system allows residents to store energy for nighttime use and export surplus to a local power grid. Energy storage allows Living Zenith homeowners to enjoy reliable energy continuity, powering their appliances regardless of daylight hours or weather shifts. At the same time, homeowners are conserving energy with tightly sealed and energy-efficient construction. Hawaii’s first net-zero community made its debut nearly 10 years ago. This development — consisting of 19 homes and a community center — was a notable stepping stone in carrying out the Hawaii Clean Energy Initiative of 2008. Eventually, this led to creating a goal to achieve 70% clean energy by 2030.

This community relies on a photovoltaic solar system on each home to generate energy and heat water. Like other net-zero communities, Kaupuni Village uses a combination of solar energy storage, clever design, and energy conservation to work. Homeowners draw energy from the grid at night and largely rely on solar tubes, natural shading, and a sealed exterior to maintain cool temperatures and indoor lighting during the day. Located in New Berlin, Wisconsin, Red Fox Crossing is setting the standard for net-zero community living. The neighborhood includes 34 homes, each one sporting rooftop solar panels. These PV systems produce enough energy to last an entire year. Annually, homeowners will save about $900 in energy costs.

The Future of Net-Zero Communities

While net-zero communities are relatively expensive, building them now may be more cost-effective in mitigating global warming than trying to reverse its effects years from now.

As more states recognize the effects of climate change, some are beginning to adopt green initiatives and make renewable energy a requirement for new developments. For example, California law requires virtually all residential projects to be net-zero beginning this year.

Furthermore, as fossil fuels and electricity grow more expensive, developing net-zero communities is inevitable — and very much a necessity. These communities cut carbon emissions for a healthier world while allowing homeowners to save money on energy expenses over time.

The post How the First Net-Zero Energy Communities in the U.S. Operate appeared first on Earth911.com.