How This Amazing Garden Trick May be Key to Carbon Capture * 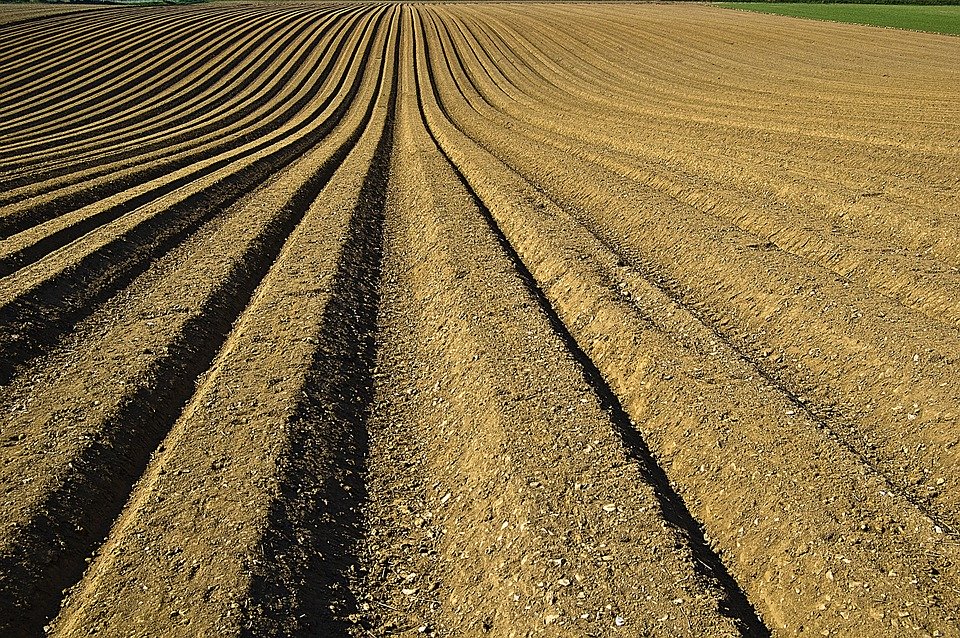 For decades, farmers and gardeners have augmented soil using lime, volcanic ash, and crushed-stone dust. A recent research study suggests that the strategy could pull a meaningful amount of CO2 from the atmosphere if applied widely by farmers.

According to the study led by researchers at the University of Sheffield, the practice of layering soil with calcium- and magnesium-rich ground rock could capture enough carbon to account for between 5% and 10% of the United States’ annual carbon reduction goals for 2030, if the U.S. had remained part of the Paris Accord. In India, the use of enhanced rock weathering (ERW), could capture and sequester up to 40% of the nation’s Paris obligations.

There are “opportunities to align agricultural and climate policy,” the report states. What is ERW and can home gardeners help by amending gardens and lawns with milled basalt and azomite soil made with volcanic ash?

Nature has clever ways to clean the atmosphere. Since long before humans appeared, various types of rock, such as basalt and limestone, have served to capture CO2. As water passes over the rock, it dissolves and locks carbon in a hydrogen carbonate solution that runs off into groundwater. Farmers have long supplemented soil with calcium-rich additives, including lime from ground limestone. Both the natural and human processes are examples of rock weathering. Humans enhanced the natural process by grinding stone to increase the surface area water can reach, increasing how much CO2 can be captured and runoff into the soil.

The Sheffield scientists determined that ERW could become an effective tool to address climate change, too. According to the research study, small farmers can use the ERW approach to contribute to large changes in atmospheric carbon levels.

The benefits of ERW to soil are proven. Augmented soil is healthier in many cases and produces more crops. But the carbon capture aspects of ERW need to be tested to prove it would be a good policy to encourage farmers to layer calcium- and magnesium-rich materials on a national or global basis.

The report also raises an important concern. If farmers are encouraged to use ERW, will mining and other production processes necessary to make enough ERW material increase pollution and carbon dioxide emission? The researchers point out that iron and steel slag, the byproducts of manufacturing, can be ground up and used to enhance farmland. And, the report argues, early adoption of ERW can drive demand and innovation that relieves the potential environmental harm.

We have the materials, the challenge is how to collect, process, and get it into the ground at farms around the world.

Will ERW Make a Climate Difference?

The scientific analysis by the Sheffield University team focuses on national investment and the cost per ton of carbon sequestered by various strategies. The expected cost of ERW is between $80 and $180 per ton of carbon sequestered. It appears to be relatively inexpensive compared to direct carbon capture ($100-$300 per ton) but is less economically efficient than reforestation (less than $100 per ton).

Because ERW puts CO2 in the ground and keeps it there for millennia, the positive impact lasts much longer than some plans for direct-air capture. For example, Carbon Engineering in Calgary makes low-carbon fuel from CO2 extracted from the atmosphere. Of course, that means the carbon will be released when the fuel is burned. Long-term sequestration is always preferable to short-term reuse of CO2 as fuel.

China, India, and Brazil, three of the fastest-growing carbon-emitting countries, could eliminate enough CO2 using ERW to meet between 10% and 40% of their Paris Accord goals for 2030. And it is one of the few options someone could do at home.

Small farms, especially in developing economies, are thought to be the easiest target for ERW programs, the research argues. And that raises the question, could gardeners join the carbon fight by adding milled basalt or azomite soil before planting each year?

There is no scientific evidence that home gardeners can change the climate by using ERW, but there is plenty of anecdotal evidence of the benefits of soil augmentation. As the cumulative impact of billions of people changing their travel patterns on CO2 emissions shows, small changes can add up to big global impacts. The problem is making the change last, and ERW’s long-term carbon sequestration ability makes small changes last.

If large and small farms are effective carbon sinks when farmers use ERW to supplement fields, we suspect individuals with large gardens could make an additional CO2 difference. After all, there are 90 million farmed acres in the continental U.S. and 40 million acres of lawn.

If you are a gardener, you may want to consider adding azomite soils, milled basalt, or volcanic ash to the garden. It will improve yields and could help save the planet. If you have a large yard, adding one of these supplements to the grass each year will improve root health. And, who knows, it may pull a little more CO2 from the air around us.

Here are several products that fit the bill in different sizes for practicing home ERW. The recommended amount of azomite soil per 1,000 square feet of garden or lawn is 2 to 3 pounds. For container plants, apply 1/2 to 1 teaspoon per inch of pot diameter. Please note that Earth911 earns a small share of any sales; it helps support our editorial team and recycling database updates.

The post Is an Everyday Garden Trick a Key to Carbon Capture? appeared first on the blog Earth 911.