How You Can Help Protect Our Oceans 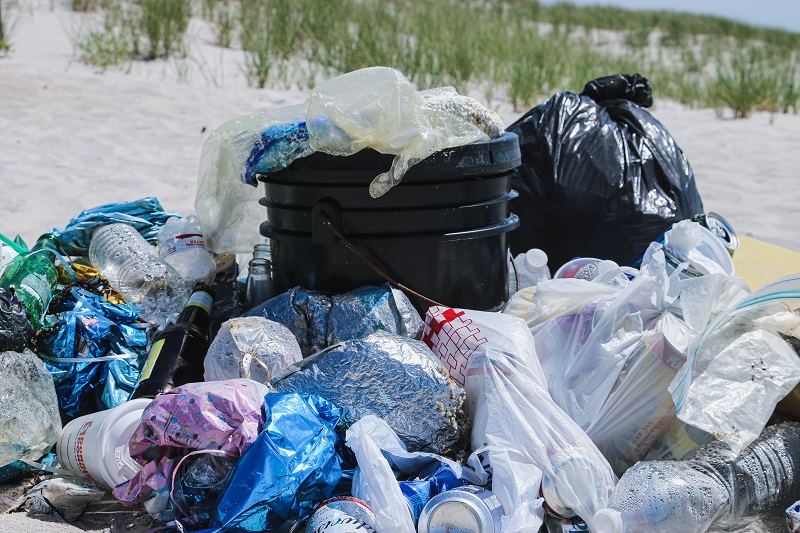 A healthy ocean means healthy humans.We depend on the ocean for such fundamental conditions of life as climate regulation, food, and even oxygen (for every second breath you take, thank the oceans’ plankton), but our misuse of single-use plastics is harming our waterways, killing marine life, and releasing toxic chemicals into the environment.

Brian Yurasits, a self-described “marine scientist-surfer-fisherman hybrid” and the community outreach manager at the Seacoast Science Center in Rye, New Hampshire, is hopeful we can turn this around. He believes in humans’ incredible ability to adapt, find solutions, and use social media as a tool for good: “Humans are innately connected to nature, and by harming it, we’re only harming ourselves. Yet I believe social media helps us visualize the problem and break down apathy.” His Instagram tagline reads, No worries. Nature always wins, which he sees as both humbling and comforting.

Despite the undeniable power of Mother Nature, our oceans are vulnerable and it’s in our power to keep them clean and healthy. Yurasits helped us understand the depth of the problem as well as what we can do to help. All of this plastic litter was collected along a small stretch of beach. Photo by Brian Yurasits

What’s at Stake: Our Lives and Livelihoods

Many people aren’t aware of how big a role the ocean plays in regulating our climate.

“The changes we’re seeing — intensified hurricanes, rising sea levels, and melting sea ice — are evidence of how closely the ocean and climate are connected,” Yurasits says.

What’s more, 3 billion people rely on seafood as their primary source of protein!

As part of a marine mammal rescue team, Yurasits knows firsthand how environmentally catastrophic seafood can be when it comes from the wrong place. “Illegal, unreported, and unregulated fishing plagues our world’s oceans, undermining conservation efforts and pushing species to the brink of extinction, like with shark finning,” he tells us.

To help protect our oceans and marine life, educate the public, and bolster conservation messages, Yurasits shares free-to-use ocean photography through Wildlife By Yuri, including this stark image of abandoned fishing debris littering a beach: But the issue is not confined to the open seas. Aquaculture is the fastest-growing food production industry in the world. Although half of all seafood we eat comes from farms, as much as 30% of it is mislabeled — not to mention that shrimp farming in Asia destroys critical mangrove habitat and pollutes groundwater.

But there are ways you can support sustainable seafood. First, Yurasits says, “Know the person who caught your fish.” In other words, buy locally whenever possible. And don’t let a name stop you— like in the case of chefs who reframed abundant “dogfish” as “Cape Shark” and successfully sparked interest in this local catch. You can also download the Seafood Watch app to find well-managed fisheries.

Last, make a conscious effort to eat lower on the seafood chain. According to Yurasits, seaweed and bivalves are the gold standard: “Oysters help clean the water they live in.”

The Most Common Waste in the Oceans

Organizations like the Ocean Conservancy and Surfriders lead regular coastal cleanups to help reduce plastic pollution. For the former, 2017 was the first year that all top-10 most commonly found items were made of plastic.

What item do you think is number one?

“Although plastic straws have become the poster child in the fight against single-use plastic, they aren’t the most significant plastic item that folks usually come across,” Yurasits says. Cigarette butts are the single most littered plastic item in the world. Photo by Brian Yurasits

Cigarette butts, which have plastic filters, are the single most littered plastic item in the world. During their 2018 annual cleanup, the Ocean Conservancy collected over 5.7 million of them. Straws and stirrers came in at number three, with nearly 3.7 million.

While the amount and composition of debris that Yurasits finds during his monthly cleanups has stayed consistent over the years, a few things have changed. In New England, Yurasits is more likely to find fishing gear that has been lost or abandoned at sea. “‘Ghost fishing’ debris is a major problem locally, entangling large animals and killing commercially valuable fish. I do see fewer plastic Solo cups since there are more garbage cans on the beach and I almost always see a conscientious person picking up trash as they go.”

The fishing community is becoming more conscientious too. “They’re especially taking ownership over balloons that blow out to sea and endanger animals.

“But now I see tons of PPE, which I never saw before COVID.” What You Can Do to Protect Our Oceans

Yurasits is optimistic is because he knows there are still many ways people can get involved.

While ocean conservation is a global issue, he recommends focusing your efforts locally: “I challenge you to look at clean and sustainable oceans from the perspective of your hometown. All rivers lead to the oceans, so it’s possible and important that everyone is engaged in protecting clean waterways.”

Do your citizens’ duty, no matter where you live

Harness the power of the digital world

Don’t be afraid to ask for help

You can contact Brian Yurasits on Instagram or at wildlifebyyuri.com, where he keeps an inspiring blog. In one of our favorite posts, he writes about the importance of respecting nature.

The post How You Can Help Protect Our Oceans appeared first on Earth 911.