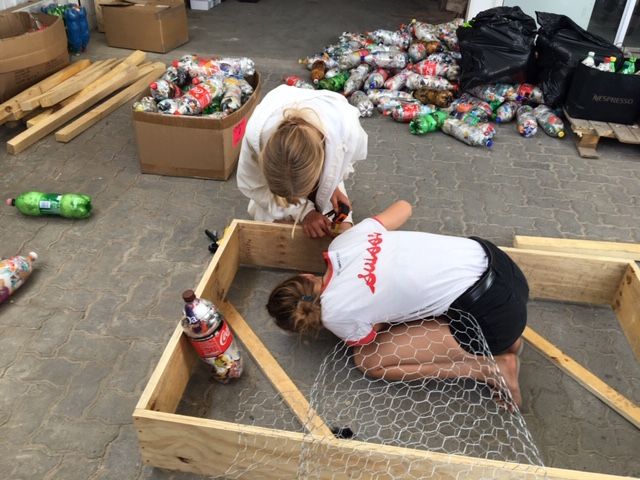 Young people around the world are powerful players in protecting the planet. These youthful eco-heroes promote fresh ideas for sustainability, such as “eco bricks” from discarded plastic. They work to protect pollinators, frogs, and other precious wildlife. They speak out at public forums, rallying, educating, and energizing other kids — as well as adults in power.

These young people are rallying to protect their future.

Action For Nature, an international nonprofit organization, encourages, recognizes, and showcases remarkable activities and projects of kids and teens.

The organization established the International Eco-Hero Awards for Young Environmentalists to honor the work of youth who are acting to solve environmental problems. Recipients are ages 8 to 16.

“These young environmentalists look out at the world and want to learn more about it, save it, and persuade others to understand environmental issues,” says Beryl Kay, president of Action for Nature. “They are passionate about their missions and persevere with curiosity, creativity, and commitment.”

We’re delighted to share some examples from the 2020 award winners and offer our congratulation to this year’s eco-heroes.

Jade Bothma, 15, of South Africa, earned the first-place prize for her projects, which include fashioning “eco bricks ” into furniture — and possibly insulation for building homes.

Jade’s work includes establishing a nonprofit organization called Oceano Reddentes, which translates to “the ocean revives.” She and volunteers removed more than 8,000 pounds of litter from beaches.

A key facet of her project is logging the specific products within the debris collected. Her organization uses brand data collected from clean-ups for education and encouraging change. “When I started the project, I had no idea that a high school kid could actually make a change,” says Ishan, as quoted on Action For Nature’s website. “I have now learned that youth have immense power and can actually make a difference.”

Lesein Mutunkei, 15, of Nairobi, Kenya, linked his passions for sports and interest in the environment. At age 13, he decided to plant a tree whenever he scored in football. Later, he increased the number to 11 trees with each scoring achievement.

Lesein received support from his school, his team, and others, and his initiative planted over 1,000 trees.

“Local and international media became interested in his project, and the president of Kenya invited him to the statehouse to plant trees there,” according to the Action For Nature website. Justin Sather inspires and educates youth about protecting the planet, including frogs and other critically endangered species. Image courtesy of Justin Sather Hope for the Future

Action For Nature board member Chris Giorni is delighted with the eco-heroes’ efforts. “Absolutely stellar work,’’ he says. Many of our eco-heroes are willing and able to take on polluters, governments, and can organize and teach others about the importance of their work. It is inspiring and humbling.”

Find videos and stories about these and other amazing young eco-heroes on the Action For Nature website. Learn about the eco-hero application requirements and how you can help support future eco-heroes.