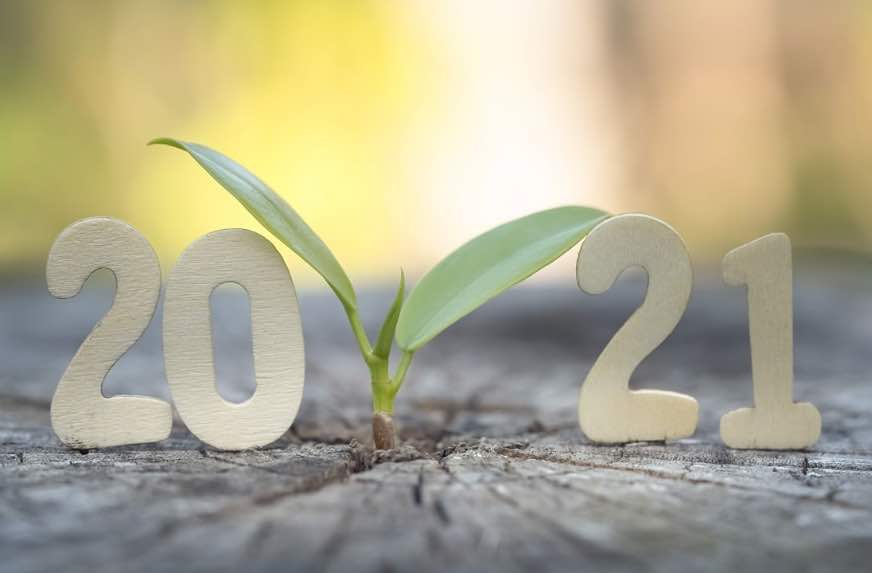 For the past couple of years, Earth911 has made predictions about the biggest environmental trends in the New Year. Some of our predictions have been accurate. Beyond Meat stocks are up more than 80% over last year, while electric vehicle sales increased 91%. But as you might expect, each year the unexpected has led to some predictions falling short of the mark. The pandemic stalled planned new recycling capacity in the U.S. while simultaneously fueling demand for single-use plastic.

So, as we enter a new year with the pandemic still raging and a new presidential administration on the horizon, what’s in store for the environment in 2021? We predict five environmental trends.

After four years of weakening environmental protections, our regulatory environment is as much in need of restoration as the landscapes we ought to protect. In 2021, the new administration will begin to restore federal agencies and policies that the previous one gutted. Biden’s energy and climate staff selections indicate a return to the practice of appointing executives with relevant experience in federal regulations in their respective fields. Michael Regan, Biden’s pick to lead the EPA, has a strong record fighting pollution in North Carolina and as an air-quality specialist working for environmental nonprofits and in the EPA under two different presidential administrations. Politics will always matter too much, and many of the current administration’s rollbacks of environmental protections will be hard to undo. But in a Regan-led EPA, science will be part of the conversation again.

Another change we can expect from the new administration is the U.S.’ return to international cooperation in global environmental efforts. Biden has identified rejoining the Paris Agreement as a “Day One” priority for his presidency. As part of rejoining the Agreement, he will be recommitting the U.S. to its previous emissions reduction goals. He has outlined plans to meet those goals that include investing in the transition to clean energy, eliminating carbon emissions from electric power by 2035, and reaching net-zero emissions by 2050. Another step toward rejoining the international environmental movement planned for Biden’s first 100 days in office is to host an international climate summit of the world’s major economies.

Other countries will welcome the U.S. back to the fold, but after four years of absenteeism, they won’t be waiting for American leadership. Multinational environmental compacts like the Ocean Panel recommendations for sustainable marine management recently adopted by 14 nations (excluding major players like the U.S., China, and Russia) will continue with or without us. A major UN conference on biodiversity in Kunming, China, expected to take place in May could become an inflection point in global environmental policy. Decisions about the global biodiversity policy framework made at the conference could be as impactful as the Paris Agreement.

Even after a vaccine is widely available, people will continue many of the wasteful habits the pandemic created. People will continue to feel safer driving alone in their cars than taking the bus. The demand for face shields, gloves, takeaway food containers, and bubble wrap for online shopping will remain elevated above pre-pandemic levels. Before the pandemic, it took years to normalize sustainable behaviors like taking public transportation; carrying reusable shopping bags and to-go mugs; and participating in the sharing economy or buying local instead of mail order. Just as it did the first time around, it will take a long time to retrain people to adopt these more sustainable practices.

Plastic recycling will remain low in 2021. The new recycling capacity that was planned to come online in 2020 will eventually be built. But it will take years for the potential for a domestic plastic recycling market to be realized. In the meantime, new plastic will remain cheaper and more widely available than recycled plastic, fueling demand for new production in a cycle that won’t be easy to break.

The 2020 hurricane season rewrote the list of records: 30 named storms (13 became hurricanes, the second-highest number on record) and the latest category 5 hurricane storm ever recorded in the Atlantic. Twelve of those storms made landfall in the U.S. Meanwhile, on the West coast, the August to November 2020 wildfire season broke more records. There were 52,113 wildfires that burned 8,889,297 acres in 2020. This is approximately 2.3 million more acres burned than the 10-year average and almost double the acreage burned the previous year. In California, where single fires have been replaced by fire complexes, 2020 became the most destructive fire season on record in as early as September.

In 2020, these climate crises were a footnote to less localized emergencies. But each of the six hurricane-class storms that hit the U.S. caused more than $1 billion in losses, while costs for the 2020 wildfire season could total between $130 and $150 billion. In 2021, investors will begin to realize that climate change is a bigger threat to profits than regulations are. They will start prioritizing ESG (environmental, social, and governance) investments. With renewed government and corporate attention to the subject, climate change will take over the news cycle, making it easier for the average person to see the connection between climate change and their own lives, especially when a new season of climate-related disasters hits this summer.

If the average citizen will be paying more attention to the environment in 2021, the average environmentalist may also start paying more attention to the connections between social and environmental issues. In 2020, the global pandemic and protests against police violence both highlighted the vulnerability of people of color to climate change impacts. In 2021, environmental justice will finally be recognized by the mainstream environmental movement and incorporated into its messages and campaigns. This two-pronged approach is already evident in plans at the federal level. President-elect Biden is already centering environmental justice — both in his appointments and in his “Biden Plan” that incorporates many climate-related elements of the Green New Deal.

With conservationists, climate activists, and social justice activists all concentrating their efforts at points where their causes intersect, 2021 might just become the year we start to make significant progress on social and environmental fronts. That might be too optimistic a prediction. But now that we’ve survived 2020, it’s easy to be hopeful about the future.

The post Predicting Environmental Trends for 2021 appeared first on Earth 911.