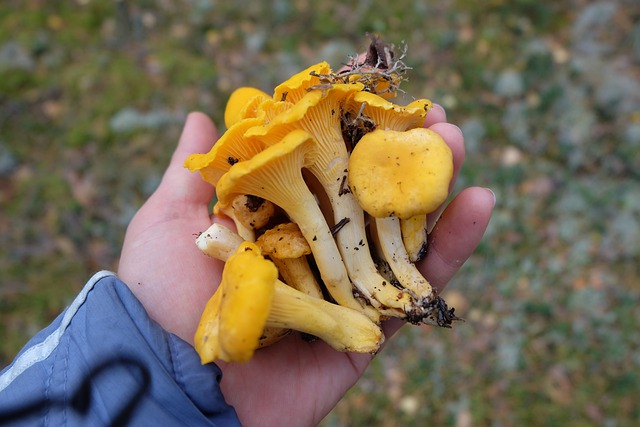 A time-honored autumn pastime for locavores that neatly fits into the trending cottagecore aesthetic, mushroom hunting encourages people to experience the natural world and eat healthy, local food. As wilderness hobbies go, foraging is generally simple and safe. But you there are a few things you need to know before you go if you want to release your inner hobbit responsibly.

Members of the phylogenetic kingdom Fungi, mushrooms are more closely related to yeast and mold than to flowering plants. The mushrooms we eat are the fruiting bodies of much larger organisms called mycelia. Mycelia grow through a substrate (usually the soil), in long threads as narrow as one cell wide, and so are usually invisible to the naked eye.

Fungi play an important role in ecosystems as decomposers and are important food sources for wildlife. For humans, mushrooms have been touted as a superfood, a low-calorie source of B vitamins and antioxidants that provide vegetarian dishes with umami, the fifth, savory quality of taste.

Mushrooms are most plentiful in autumn and spring in areas with high moisture and lots of organic material. However, the fungal world is vast and there are myriad exceptions.

Mushroom hunters are notorious for keeping their favorite spots secret, but Falling Fruit identifies urban foraging sites, including some for mushrooms. Outside the city, foragers should take all the same safety precautions as regular hikers — don’t go alone, be prepared for injury, carry sufficient water, and be sure someone knows when you will return.

The only extra tools needed for your hunt are a knife or scissors for harvesting, and a container to carry the mushrooms.

The legality of foraging varies widely by location. Digging on federal land is a felony, as is removing anything – from archaeological finds to rocks and seashells or even berries – from a national park. Anyone who violates the provisions of the foraging ban or of a park superintendent’s compendium (more on that later) could face fines and up to six months in prison.

States vary widely in their tolerance for foraging on state-owned lands, but many of them mirror federal regulations. Likewise, foraging is banned completely in most city parks. And of course, foraging without express permission on private land is trespassing.

Fortunately, many individual parks make exceptions for foraging edibles like mushrooms and berries. Where foraging is allowed, foragers are often required to obtain a permit, and there may be seasonal or species restrictions and quantity limits. Park-specific regulations are published annually in a “Superintendent’s Compendium.”

Because rules and their enforcement vary so widely, you should always check the regulations before you go. Contact the lowest level administrative agency responsible for the specific area where you will be foraging.

Despite a lot of controversy over the environmental impact of foraging, there is very little hard data to confirm or deny perceived reductions in harvest. One peer-reviewed paper on morels in national parks concluded that climate change was the most probable cause of reduced harvests. Regardless, foragers should take care to minimize their impact.

Mushroom hunting best practices include leaving half of what you find; picking only mature mushrooms that have already released spores; and collecting mushrooms in a porous harvest bag that can allow spores to spread as you continue harvesting.

Although there is little evidence that harvesting mushrooms directly reduces yields, anyone moving through a natural area should take care to avoid disturbing the site. Cut mushroom stems at or above ground level to avoid disturbing the site by digging. Mushroom hunters should tread lightly – both figuratively, through good wilderness habits, and literally, because trampling does impact mushroom production.

If once you get home, you discover that you have accidentally collected a poisonous mushroom (either through misidentification or by harvesting a stray mushroom growing among another type) you should discard everything you collected to avoid being poisoned. Some enthusiasts recommend collecting different types of mushrooms in separate containers to avoid losing the entire harvest due to cross-contamination.

In the United States, there are 7,428 cases of mushroom poisoning each year, most commonly from the misidentification of edible mushroom species. The vast majority of these cases are not serious. But two to three people die on average every year from eating poisonous mushrooms.

Apps like iNaturalist are useful for the curious who have spotted a new mushroom. But you should never eat or harvest a mushroom without positively identifying it first. Because many edible mushrooms have poisonous look-alikes, it is helpful for beginners to learn identification from more experienced collectors who know their region’s mushrooms. To connect with a mushroom expert near you, join your local mycological society.