Should You Move Before Sea Levels Rise? * 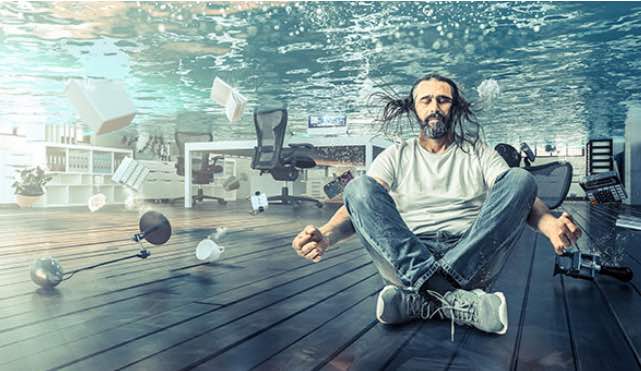 Humans are beginning to adapt in response to climate change, and sea level rise represents the biggest potential impact for the 94.7 million Americans who live along our coasts.  You may want to sell your coastal home now if you’re afraid of losing property value as the sea advances, but you might also want to look for deals along shorelines if you don’t expect to hold the property for more than 15 or 20 years.

The plain truth is that no one can avoid all the consequences of humans’ warming the atmosphere for the past 170+ years. Yet a new term, climate haven, is catching on – it’s the idea that there are regions that will experience fewer negative impacts of climate change. It’s a loaded term that could create the impression that the consequences of extreme weather, drought, flooding, sea level rise, and other changes to the planet can be avoided.

Instead, moving to higher ground within the coastal region where you currently live is a better option for people and the planet. If you’re older or just want to spend a decade on the seacoast, moving into at-risk areas may be a better deal than heading for the hills. Yes, if you are looking to save on a home and don’t expect to live there for more than 20 years, you could score a deal on waterfront property, although it involves added risk.

As author David Pogue points out in How to Prepare for Climate Change: A Practical Guide to Surviving the Chaos, homes that are within one foot of the high tide mark already sell for 14.7% less than comparable homes on higher ground. Anyone planning to continue keeping property along low-lying coasts for the remainder of this century – whether through your old age or as a property passed down from generation to generation – should consider selling now to avoid loss of property and property value.

The Seas Are Rising

Two factors contribute to sea level rise. The melting of glaciers at the poles and in Greenland threaten to do the most damage and could contribute an additional 200 feet of ocean depth if all the ice were to run off into the oceans over several centuries. In the worst-case scenario, half of Florida would be submerged, matching coastlines from 2.5 million years ago, when the planet was much warmer. The other factor is thermal warming of the seas, which expands the volume of the water and has already produced a four-inch increase in sea levels since the beginning of the Industrial Era.

You can check the local impacts of sea level rise using the mapping tools at Flood Factor and Climate Central, which let you explore the flooding of coastlines. Keep both close at hand as you house hunt.

“I believe that eventually we will come to realize that no matter how much we want to hang on to the places we call home, moving to higher ground is the only sensible solution for the vast majority of people in low-elevation coastal areas,” author and oceanographer John Englander writes in Moving to Higher Ground: Rising Sea Level and the Path Forward. He argued on a recent Earth911 podcast that conservative planning for this century should be based on the assumption that seas will rise by three meters (10 feet).

Within the next 30 to 50 years, Englander says, sea level will rise only one meter, or 3.33 feet. If you need a home for just a few years, the risk of living in an existing home on the ocean, besides the threat of flooding, will be a lower property value when you sell. In general, it does not make sense to build on a waterfront property within three feet of sea level at this time, unless you want to build a floating house; the bargains on current structures should serve your needs.

The smart home buyer looking for a deal on a seafront home will want to go into negotiations with a clear view of the future impact of sea level rise on the property, and bargain based on the future not the present value of the house. Today’s 14.7% discount on waterfront property may be 30% or more in two decades, when the water may be more than a foot higher. Since 1993, sea level has risen an average of 3.4 inches globally, but the pace of glacial melting has accelerated since the turn of the century, so Englander’s 3.33-foot rise is the conservative basis for locating your next home.

We don’t recommend buying along the low-lying and subsiding (the land is sinking) Gulf Coast, but many other regions, especially high-banked regions like the Pacific Northwest, are strong candidates for coastal living for the foreseeable future.

When deciding on a location, be sure to account for the added risk of storm-related damage, tsunami, and hurricane storm surge. You can research all these risks using the free tools linked here that project hurricane and storm surge risk, flooding from intense rainfall, and tsunami-prone areas.

Additionally, insurers are scaling back coverage of coastal homes, so you need to be aware of the risk of losing your home without the ability to rebuild; rates are rising. Check the insurability of any home you are considering.

Climate Adaptation Is About Trade-Offs

No one is insulated from the consequences of global warming. We can move to locales that appear to be less likely to experience higher than 110°F heatwaves or to have more water per capita based on the current population, but there will also be food shortages everywhere if crops fail due to drought in the Midwest and increased storm activity everywhere as weather patterns shift. Each of us has to choose our poison and hope we can stave off the harm.

Because we’re human, we can also choose to make lemonade from the sour forecast by turning depreciated coastal property values into opportunities to live on the water. Locations that are more than three feet above sea level today represent relatively safe living situations, albeit property values will continue to fall as the water rises.

Before you decide to move to a climate haven, take a careful inventory of your local climate impacts and consider that, if you and your neighbors as well as everyone else in the world made major changes, the worst of climate change can be avoided. Running from climate change just won’t work. If you are thinking of moving from the coast, assess your current property based on these questions:

Is it on a high bank above the water?

If so, flooding is not the challenge, but erosion is, as the collapse of land along the coast of California demonstrates. If you have 100 feet of land between your house and the bluff’s edge, you have several decades at least before erosion becomes an issue.

Do you rely on well water?

If so, your well is likely to see increased saltwater incursion and become unpotable, even before seawater breaches your front door. It is a good idea to move.

Is your region prone to hurricanes or intense storms?

If so, the location of your home relative to the high-water mark is the key issue: The National Hurricane Center suggests you should plan for 15- to 20-foot storm surges and if your home is likely to be inundated it is time to consider moving.

Does your insurance premium rise annually?

If so, the value of your coastal property will decline as it becomes more expensive to insure. An older homeowner with the wherewithal to pay high premiums or replace a damaged home may want to stay put – but recognize that the property value will continue to decline in the face of sea level rise.

The climate crisis is here. Now we have to adapt our lifestyles by changing our carbon profile to reduce future global warming while making smart decisions about where and how we live. The best first step if you are concerned about climate change is reducing your carbon-emitting habits and purchases. But imagine that everyone did cooperate to lower our emissions and effective ways to remove carbon from the atmosphere are widely adopted: The beachfront property losing value today would skyrocket in value.