The State of Producer Responsibility in the United States 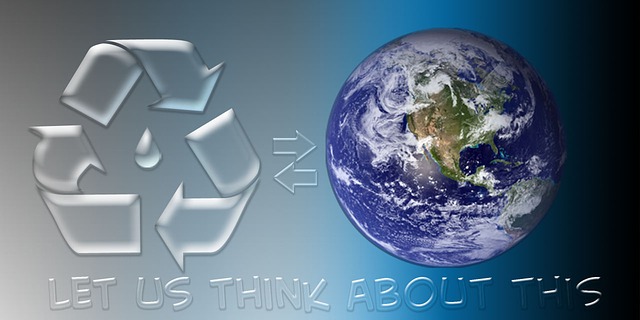 “Producer responsibility is a strategy that engages manufacturers in the entire lifecycle of their products” including end-of-life disposal. It’s a radical shift from the way Americans usually think of materials’ lifecycles; once you buy something you are responsible for it, even after it’s no longer functional. But the shift to producer responsibility is necessary to enable a circular economy.

Our idea of ownership usually extends to the ultimate disposal of whatever we buy. That may have worked when most garbage was biodegradable. But today’s world is full of new, high-tech products made with materials that didn’t exist 100 years ago. Individuals cannot themselves safely dispose of the products they buy. During the 20th century, responsibility for waste management fell to municipalities. Municipal waste management is a major improvement from backyard burning and unregulated dumping. But municipalities can only mitigate harm at the disposal stage. Only producers can make safer products in the first place.

Extended producer responsibility shifts the cost of disposal from municipalities back to the producers. Producers that are responsible for managing their products at the end of their useful life have an incentive to design products that don’t use toxic and polluting ingredients, even if safer substances are more expensive upfront. Those manufacturers also have an incentive to use recyclable materials and to design products for easy disassembly to retrieve the components that still have value when a product is no longer useful.

Without this incentive, economics will encourage producers to use materials with the cheapest upfront costs and externalize the cost of safe disposal. This often results in the development of nonrecyclable products and products for which there are no truly responsible disposal options.

In 2004, Maine mandated producer financial responsibility for recycling specific electronics. Under the law, municipalities continued to be responsible for establishing collection protocols. Returning the products at the end of their useful life is still up to the consumer. Between 2004 and 2011, 24 more states enacted some form of e-waste recycling law.

Producer responsibility programs following the Maine e-waste precedent expanded into other product types, too. Ten years ago, EPR seemed to be gaining a lot of momentum. In 2010, the U.S. Conference of Mayors (USCM) formally adopted a resolution shifting the financial burden of product and packaging waste away from taxpayers and local governments to producers and product consumers.

That same year, in a unique partnership among government, industry associations, and manufacturers, Oregon established an EPR program for waste paint.

Although there have been some other collaborations like the one in Oregon, the hoped-for lifecycle revolution has not arrived. In the past decade, manufacturers have often been resistant to producer responsibility laws, preferring voluntary, market-oriented plans like Coca-Cola’s or the voluntary Water Quality Association (WQA) Sustainability Certification Program. Unlike EPR legislation, however, voluntary programs do not always aim for systemic change. Even the effectiveness of legislated producer responsibility has been questioned, although a Product Stewardship study in Connecticut deemed programs there a success.

Despite frequent resistance, product stewardship laws in the U.S. continue to expand, albeit in a piecemeal fashion, and often at the lowest levels of government. In 2015, the Supreme Court refused to hear an industry appeal of the producer-responsibility pharmaceutical waste law for California’s Alameda County. This year, King County in Washington state published a study exploring an EPR policy framework that would be required in state law to support the implementation of a statewide EPR system for packaging.

The World Wildlife Fund adopted EPR as a critical policy tool. They focus their EPR efforts on eliminating plastic pollution in Southeast Asia and China. In France, the very concept of product stewardship moved upstream, with new legislation this year that expanded EPR to include recycling of unsold goods as well as post-consumer products. EPR has not revolutionized product lifecycle systems so far. But it still functions as a useful tool to improve waste management, especially of dangerous and hard to recycle products.

The post The State of Producer Responsibility in the United States appeared first on Earth 911.