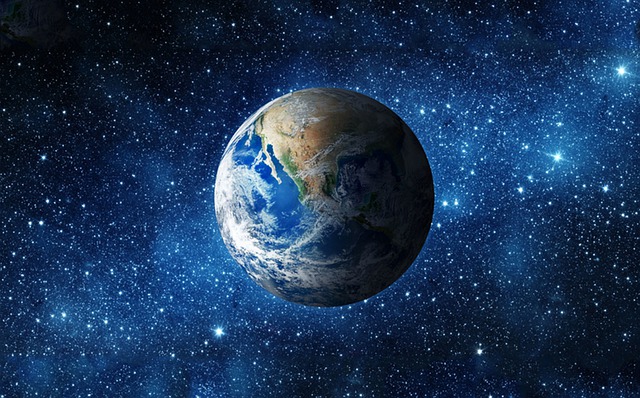 The Trump administration last week announced it will roll back key provisions of the 50-year-old National Environmental Policy Act (NEPA) that require environmental impact reviews for construction and other development projects. The decision will have a negative impact on the environment and the health of nearby communities.

Complaining of Environmental Protection Agency “overreach” while also claiming that “Our air now and our water is as clean as it’s been in the last four decades,” President Trump announced the end of the era that produced the environmental improvements he touted. The Trump proposal, a “final rule,” would reduce the scope of projects required to file environmental assessments (EAs) and environmental impact studies (EIS), changing the definition of the effects or impacts that would be considered when deciding whether environmental assessments are required before a project could begin. It also reels in the U.S. EPA’s ability to review projects that do not have Federal funding or agency involvement.

Under the new definitions in Trump’s rules, a direct causal relationship between a project and its environmental impact must be proven, and the concept of “cumulative impact” from a construction project has been tossed out. The proposed changes delegitimize local public concerns about health, quality of life, placing negative impacts on nature largely outside the concerns of the Environmental Protection Agency because direct causal connections cannot always be proven. More than 100 parts of the law were modified in favor of lax oversight comparedc to historical precedent. Additionally, the new rules let the project developer’s lawyers and lobbyists participate in writing an EA or EIS.

The President, of course, is a land developer who has long bridled under regulations that slow his projects. However, NEPA has remained largely unchanged since 1978, when it was finalized after a review of the law’s early performance. In 1975, The New York Times reported: “While the law stirred hardly a ripple in bureaucratic circles at the time, it has turned out to be one of the most far-reaching measures for protecting this country’s land, air, and water that has ever been enacted.”

A legacy of success undermined

While bureaucracy is seldom efficient, the EPA’s success in improving U.S. air, water, and land quality is indisputable, if imperfect. For example, aggregate emissions from six common pollutants fell by 77% between 1970 and 2019, according to the EPA. EAs and EIS documents forced a considered review of the potential changes in our environment.

Under the second Bush Administration, the Department of Energy explained in simple terms why NEPA is significant to our health and the state of our environment: “NEPA requires agency decisionmakers to make informed decisions. Therefore, the NEPA process must be completed before an agency makes a final decision on a proposed action.”

“NEPA gives a voice to communities whose health and safety would be threatened by destructive projects, and it is despicable that the Trump administration is seeking to silence them,” Michale Brune, executive director of the Sierra Club said in a statement responding to the announced rule change. “As the country faces a global pandemic and grapples with persistent racial injustice, the last thing communities need is an attack on this bedrock environmental and civil rights law. We will pursue every legal avenue to fight back against this anti-democratic, racist, and deeply destructive plan.”

While there may have been areas for improvement, undercutting the basic requirements of NEPA does not reflect an interest in making positive changes. Trump’s rules simply destroys the law that resulted in a drastic improvement in U.S. environmental performance. Following Trump’s withdrawal from the United Nation’s Paris Agreement on climate, rolling back offshore drilling safety measures, and consistent hostility toward renewable energy compared to ongoing support for oil- and coal-powered energy generation, the NEPA decision represents a coup de grace for environmental protection. In fact, the petroleum industry has been calling for these changes since last November.

“These changes to NEPA would have dire implications for mitigating climate change and access to clean air, land, and water, especially in low-wealth communities and communities of color, which are the most impacted by climate change and toxic pollution,” said Gene Karpinski, president of the League of Conservation Voters during the debate over the NEPA rulemaking. “While we recognize the need to address our nation’s crumbling infrastructure, these improvements cannot be made at the expense of public input and the voices of disenfranchised communities.”

Even generally supportive commentators pointed to the lack of environmental rigor in the new rules.

“Today, the Trump administration Council on Environmental Quality (“CEQ”) promulgated final rule with the most sweeping changes to the regulations since the CEQ initially promulgated them in 1978. Many of the changes are welcome and will improve the environmental review process under [NEPA],” said Thaddeus Lightfoot, a former U.S. Department of Justice lawyer now with the firm of Dorsey & Whitney. “But some are highly controversial and appear to undermine NEPA’s goal of placing consideration of a project’s environmental effects on the same level as economic and other considerations.”

By contrast, Democratic presidential candidate Joe Biden last week announced a $2 trillion environmental plan that would invest heavily in renewables, putting the U.S. back at the forefront of innovation, and places struggling communities’ well-being at the center or his environmental policy if elected. Biden has promised to revoke Trump’s environmental decisions.

What can you do?

Without Congressional action, Trump’s rule will become law on September 14, 2020.

A variety of petitions have been launched to stop the announced changes to NEPA. Let’s help one get the most signatures possible: ProtectNEPA.org created a petition and offers a tool to send email messages to your Congressional representatives.

It is a good idea to sign petitions but a personal letter or email to your U.S. House representative and Senators (asking for Congress to review the rules under the Congressional Review Act), the White House (registering your concerns and objections), and your governor (asking for them to take a stand for state lands and waters) will produce the best result.

And please vote in November.