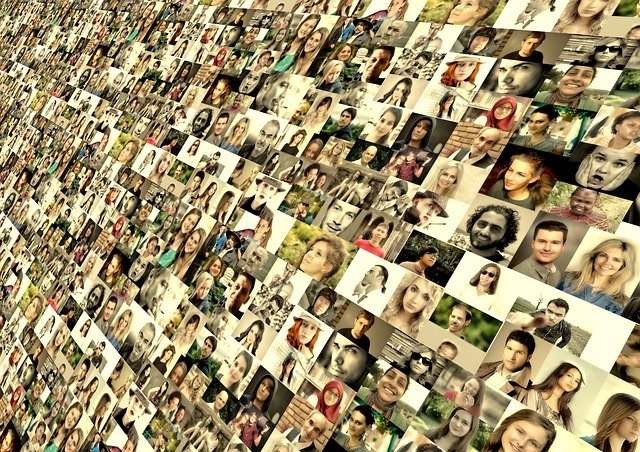 When the global population reached 5 billion in 1987, that number seemed almost inconceivable. But today, there are almost 8 billion people on the planet and by 2056, we could reach 10 billion humans. Without technical innovation and changes in human behavior, Earth’s ecosystems may not be able to support that population.

Many people think that overpopulation is a problem that belongs to developing nations, where the population is increasing most rapidly. But the question of population is not so simple. The sustainability of society is intricately linked with issues of consumption, sustainable development, and human rights.

Even those of us in countries with low or negative population growth can make a difference.

Anyone who has taken an introductory biology or economics course can recognize the steeply rising curve in the global population graph. It represents an unsustainable growth pattern.

The question is, at what point will we reach the planet’s carrying capacity? At what population will we outstrip the resources available to support us? And can we expand the carrying capacity of the planet with technology and changes to our lifestyles? That, in large part, depends on how efficiently we use our resources. The annual ability of Earth’s natural systems to replace used resources is decreasing as a result of desertification, climate change, and other human land use impacts. At the same time, we are using those resources faster than ever.

At U.S. consumption rates, based on a per capita footprint of 9.8 global hectares per person (gha), the current global population would overshoot each year’s worth of nature’s bounty by March 15. That means that the planet could not sustain its current population — or even a third of it — if everyone on Earth consumed resources like we do in the U.S.

Chinese consumers use resources at less than half the rate of Americans (3.6 gha) and much of their resource extraction is used to make products for American consumption. But with a population of 1.4 billion, their total consumption is much greater overall.

The same over-consuming pattern is evident in greenhouse gas emissions on a national basis — a few countries account for the overwhelming majority of annual CO2 emissions. These emissions contribute to climate change, which further degrades the Earth’s ability to support life.

Source: Our World in Data

The number of people and their per capita consumption and greenhouse gas emissions matter equally in achieving a sustainable population.

The impacts of land use, resource consumption, greenhouse gas emissions, and population are connected in complex ways that can form self-reinforcing feedback loops. In 1989, the United Nations established July 11 as World Population Day in an effort to focus attention on the urgency and importance of population issues.

International migration can have significant impacts on the populations of individual nations. The two factors that determine the global population are fertility rates and longevity. The management of each of these factors is rife with thorny ethical issues. Historically, high mortality kept population growth in check. Moving forward, we must turn our attention to fertility rates to slow population growth.

The United Nations Population Fund (UNFPA) was established in 1969 to promote U.N. and national population programs. These programs are based on the human right of individuals and couples to freely determine the size of their families. The gender and human rights dimensions of population issues are recognized in the three key areas of the UNFPA mandate: reproductive health, gender equality, and population and development.

Population Is a First World Problem

Reproductive rates are much smaller in the most developed nations, but the reproductive choices made in these countries have an outsized impact. One person born in America has the same environmental impact as two in China, and nearly seven in India. Choosing to have a small family is one of the most impactful things an American can do to protect the environment.

However, it is far from the only thing. Americans and residents of other developed nations must learn to consume fewer resources and reduce their carbon footprint. They can welcome and support refugees and immigrants, whose arrival can rebalance host countries’ potential support ratio (PSR). The PSR is the ratio of the working-age population to the elderly population. In developed nations, the PSR has declined to record lows — from about eight in 1950 to slightly more than three today, leaving many economists as deeply concerned about population decline as environmentalists are about overpopulation.

Developed nations can support the U.N.’s nine standards to uphold the human right to family planning — including nondiscrimination, privacy, and access to information and contraception — in both domestic policy and in foreign aid programs.

Finally, the ongoing pandemic has highlighted the importance of gender equality in achieving all of the United Nations’ goals. Protecting the health and rights of women everywhere leads to better outcomes. That’s as true for land use, resource consumption, and greenhouse gas emissions as it is for population control.

The post Understanding the Population Problem appeared first on Earth 911.