What are the Pros and Cons of going Solar * 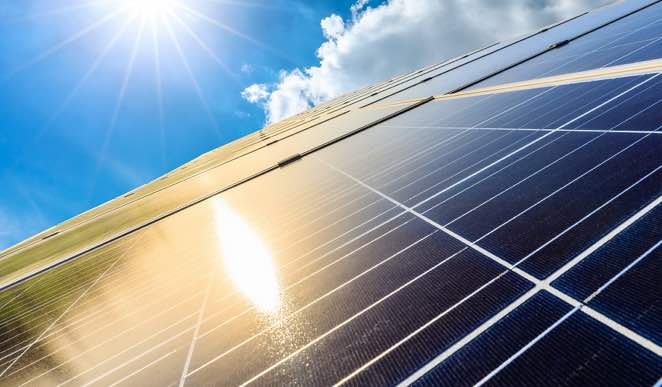 A growing number of home and business owners are using solar power. As the solar energy industry matures, there are new ownership models and technology. This also means that the decision to go solar is a complex one with numerous pros and cons. Let’s explore some of them.

Solar panels are not that efficient

Most of the solar panels on the market today are around 17% to 21% efficient at converting sunlight into electricity. Although this doesn’t sound like much, it is a significant improvement from the solar panels that were installed a decade or two ago. Scientists are examining new approaches that could lead to a breakthrough in solar panel efficiency. Even though more efficient solar panels are likely on the horizon, it might still be a wise idea to invest in what is available today.

Although solar panels are relatively recyclable, the infrastructure is very lacking. Given that the design life of most solar panels is around 30 years, there is a looming e-waste issue. Not surprisingly, Europe is further along than the U.S., where there are no national policies promoting solar panel recycling.

It would be really helpful if solar manufacturers designed for recyclability and remanufacturing. If effective, this could cut waste and costs.

Not all utilities offer net metering

Net metering allows solar system owners to be compensated for excess power they feed to the grid. Because there is no national standard, net metering varies widely across countries and some utilities do not offer net metering to their customers. In some areas, solar homeowners are compensated for their solar power at the wholesale, not the retail rate.

It is crucial to understand net metering laws in your area before going solar so you can determine if it is a wise investment or not. In some areas, people get around some of these issues by having solar batteries.

Some solar panels are greener than others

Although it seems like solar panels are a sustainable purchase, it still is resource-intensive to manufacture them. Thus, some manufacturers are greener than others. Jinko, SunPower, Ja Solar, and Trina produce some of the most environmentally-friendly panels. The Silicon Valley Toxics Coalition produces a solar scorecard that ranks companies based on sustainability.

Adding a battery to a solar energy system allows power during grid outages. Advanced lithium-ion solar batteries are rapidly evolving and prices have fallen considerably in recent years. Despite this, they are still relatively expensive and unaffordable to many. Installing a solar battery on a residential solar energy system boosts the cost by at least $8,000 to $10,000. Also, solar batteries are resource and energy-intensive to manufacture, adding to the environmental impact of the solar system.

Community solar farms allow numerous participants to join together and benefit from a solar farm. This is an especially attractive option for renters and people with shaded properties. Although the ownership model varies by the project, some use a subscription model. This means that households and businesses can go solar for no money down and no long-term contracts.

Unfortunately, some states do not have policies that support this approach. Thus, some of the best states for community solar installations are Minnesota, New York, Colorado, Massachusetts, and Maine.

There are more building-integrated solar energy products on the market

Building-integrated photovoltaics (BIPV) makes a lot of sense for the environment and financially in theory, but this market has been slow to mature. Being able to use more vertical surfaces on buildings could dramatically increase solar energy production, especially in urban areas where land is scarce and expensive. Effective solar glass, cladding, and roof products, such as these offered by Metrix, could help promote local energy generation without hindering designs. (The author has provided copywriting services to Mitrex.)

There are numerous reputable solar manufacturers and installers

The solar energy market has matured quickly in the last decade or two. As a result, there have been advancements in solar manufacturing, warranties, performance, and installation. Now, there are typically at least a couple of reputable solar energy installersthat service a given area. This means that homeowners can get competing bids, which can help keep costs down. Virtually all solar panel manufacturers offer product warranties of at least 10 years.

Keep in mind that the labor section of a solar system warranty is typically offered by the installer itself and not the manufacturer. Thus, it is good to find a solar contractor that will likely be in business during the labor warranty period.

The 26% federal solar tax credit has been extended through the end of 2022. This solar incentive is available for both residential and commercial solar systems. A tax credit is more valuable to the taxpayer than a write-off because it is a dollar-for-dollar reduction in taxes owed. In addition, businesses can get solar tax write-offs, further reducing the total cost of installing a solar system.

For the project to be eligible, the solar system must be purchased. Thus, many community solar farm memberships, solar leases, and power purchase agreements do not qualify.

Solar energy is a smart financial decision in much of the United States. Unfortunately, the upfront cost of a solar installation is often a barrier that keeps households from going solar. Many solar installers partner with financing companies, some of which specialize in solar energy. Home equity loans are another option for many homeowners needing solar financing.

The post Should You Go Solar? Solar Power Pros and Cons appeared first on Earth911.