What are the Recycling Mysteries About Tires * 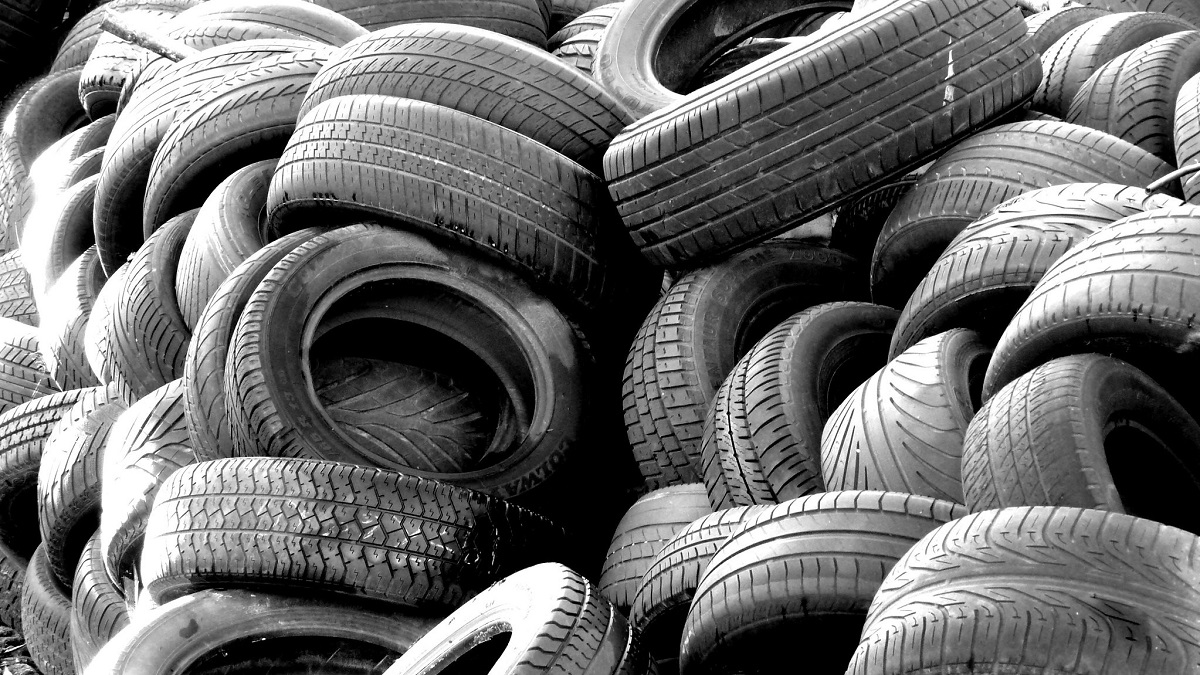 Let’s be honest: Tires make the world go ’round. Unless you’re a professional speed walker, your method of transportation probably involves tires of some sort.

But these tires don’t last forever. Whether it’s an irreparable flat or loss of tread, eventually tires need to be replaced. Some tires can be retreaded for a second life, but what happens to tires when they’re no longer safe for driving? Let’s break down the ins and outs of recycling and properly disposing of your worn-out tires.

If you don’t see value in recycling tires, let us introduce you to the concept of stockpiles, acres of tires stacked by the thousands in one concentrated area.

Tire stockpiles can lead to a number of unpleasant situations:

According to the U.S. Tire Manufacturers Association, about 1 billion scrap tires were in stockpiles in the United States in 1990. State efforts to clean up stockpiles have made progress, but by 2017, around 60 million tires were still stockpiled in the U.S.

The U.S. Tire Manufacturers Association reported that in 2019, 43% of annual scrap tire generation was burned for energy, also known as tire-derived fuel (TDF). Tires can generate comparable energy to crude oil or coal. The Rubber Manufacturer’s Association estimates that the average passenger car tire produces over two gallons of oil when burned.

More than 40% of TDF goes to cement kilns, but other uses include paper factories and electric companies. This means that keeping tires out of landfills affects the ground you walk on, the paper you write on, and the lights in your home and office.

The trick with TDF is that tires must be shredded first since whole tires would be too large for a furnace. Shredding recovers much of the metal in a tire, such as the rim and lead weights used for balance. The metal can be extracted and recycled, leaving crumb rubber to use as fuel.

The Dirt on Disposal

There are ways that tires can be recycled into new products, and most of these uses take place after shredding since there is more demand for crumb rubber than whole tires.

Crumb rubber can be used as the surface for playgrounds because its soft padding helps prevent injuries. However, there has been debate over this use because of the potential toxins that tires may release, including lead and mercury. In response to these claims, the EPA conducted studies into the exposure rates to residual chemicals playing on fields using crumb rubber. The studies found that while there were chemical traces still present, human exposure appeared to be limited.

Shredded tires are also used as an additive for playing fields, since they provide a strong retaining wall that improves drainage. This leads to stronger grass and a reduced chance of field-related sports injuries.

Old tires even have a purpose in construction. Rubberized asphalt can be used to make longer-lasting roads that produce less traffic noise and is popular in many states. Its absorbing qualities also make it ideal for running tracks, causing less stress for runners’ legs.

Lastly, tires can be recycled into new tires by converting them into synthetic rubber. This is not a common solution because of the cost involved. But it could become a more popular solution in the future if improved technology can make it more cost-effective.

The Next Time You Get a Flat

The most important question still remains: How do you actually recycle tires? For starters, many retailers that sell tires will accept a limited number when you make a purchase. If you’re shopping for new tires, be sure to ask if they will recycle your old tires.

Your state may also have a waste tire plan, which would be headed by your state environmental department. Many states require recyclers to file for a permit to accept tires, so they will also know of locations that accept tires for recycling.

If you can’t find anywhere to dispose of your old tires, consider a way to reuse them. You can build a tire swing for the kids, use them as a planter in your backyard, build a sandbox for your children, or even turn them into household furniture!