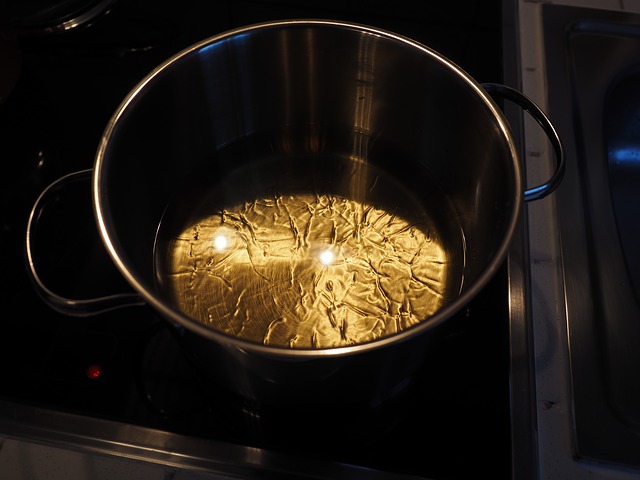 After you’ve fried the chicken or sautéed the veggies, don’t pour the leftover cooking oil down the drain. While it may seem harmless, pouring used oil down the drain can wreak havoc on your home’s plumbing and local sewage systems.

If you’re not already collecting leftover cooking oil in a container beside the stove (just like Grandma!), chances are your drain has some substantial buildup. Even though it’s liquid, oil, like grease, clings to pipes in small particles that latch onto each other, collecting until you have a clogged drain — or worse. In fact, cooking oil and kitchen grease are a major causeof clogged sewer pipes.

Plumbers will tell you to pour leftover cooking oil and grease in an old can, jar, or plastic jug, and when it’s cooled, just seal the container and toss it in the trash. But there’s an alternative to throwing it out.

That’s right, your used cooking oil can be refined into an alternative fuel, or biofuel, that burns clean in most diesel engines. While many commercial facilities already contribute substantial supplies of oil for recycling, some programs invite households to recycle their excess cooking oil as well.

Use Earth911 Recycling Search to find a recycling location near you that accepts cooking oil. Also, some biofuel or biodiesel companies may provide additional drop-off locations around food-related holidays, such as Thanksgiving, so take advantage.

Be sure to check with the recycler for their requirements for oil storage and preparation and follow their guidelines. In general, don’t mix any water with the oil, try to filter out bits of food floating in the fat, and store the oil in a tightly sealed container.

Does filtering bits of food out of old oil sound gross? It’s not as bad as having to clean out your clogged drains later!

Originally published on December 1, 2009, this article was updated in April 2020.

The post Yes, You Can Recycle Cooking Oil appeared first on Earth911.